When I first discovered Pinterest one of the very first things I stumbled upon was a giant pergola/porch swing around a fire pit and I thought to myself, “Holy cow! That’s Awesome!” I immediately saved it. As I thought about how badly I wanted this monstrous adult jungle gym, the reality sank in. This would take up our ENTIRE back yard! The one time I think it would be cool to live on a farm. 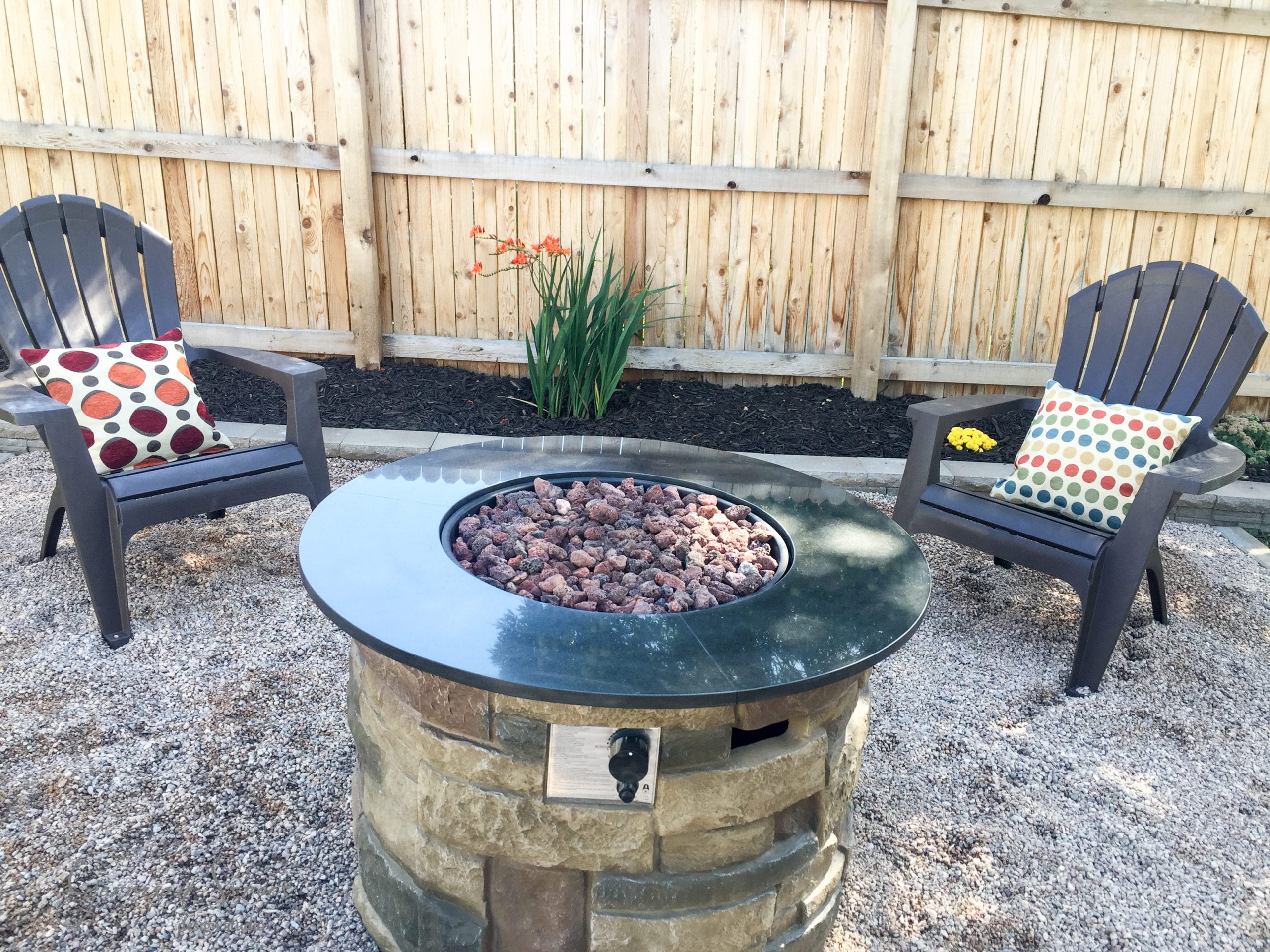 While that particular large pergola group swing was out of the question, I was convinced I could have a reduced version of this. So I came up with a plan and pitched it to Barry. It went a little something like this….. Lisa: “Hey honey. I was thinking…..” Barry: “Oh no!…..” He knows those words usually mean I have added another project to the list 🙂

After some measuring and pondering, I landed on a fire pit area that would include a singular porch swing, fire pit, and some Adirondack chairs. Easy enough. If you have been reading along,  you know we just finished the backyard landscape edging with only a week to spare prior to our anniversary trip. Usually I like a good week to prep for vacation. I am not a light packer so I tend to over pack the first time and then have to re-pack when I realize I have exceed the TSA 50lb requirement. True Story. This time I was feeling less stressed about being prepared for vacation and more stressed about the backyard not being finished as we were hosting a party two weeks after our trip. And I really had my heart set on this fire pit area being complete for that. I begged and pleaded with Barry to do it before our trip. The compromise, we would carve out the fire pit area and fill it, but we would have to table the swing until next year. Deal! This is what the area looked like before we added the fire pit area. 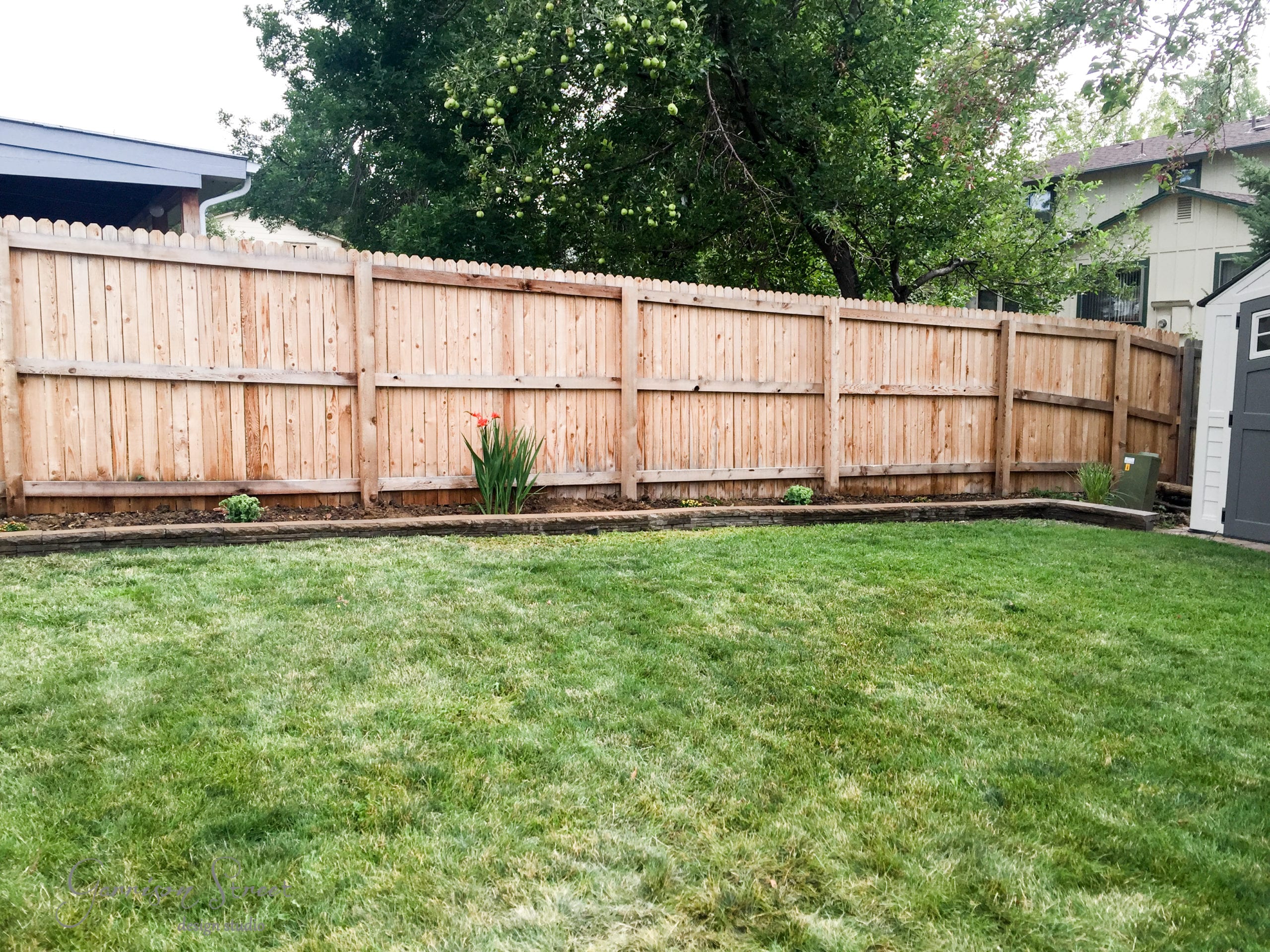 In case you missed the landscaping project or the new fence post, this is what our backyard looked like when we bought That 70s House. 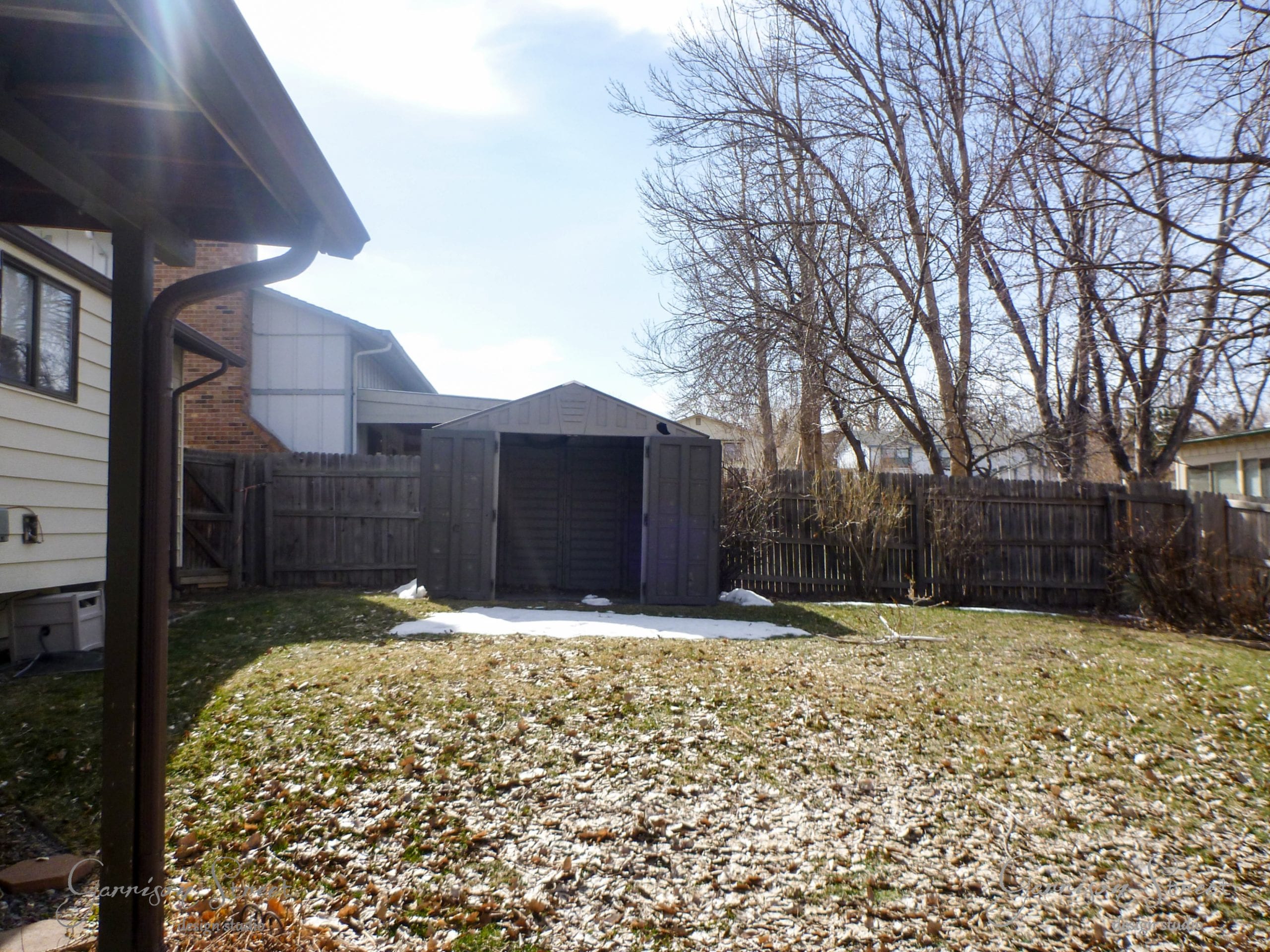 We got to work right away! Before we decided on a size, we purchased the Adirondack chairs to help us gauge the space we needed. We arranged them in the space and marked where our fire pit would go with bricks. Barry loves these chairs!

We purchased the fire pit a few years back and previously used it on our patio. This is the fire pit we chose. Because of the ease of turning it on and off at will, we decided propane would be the best fit for us. 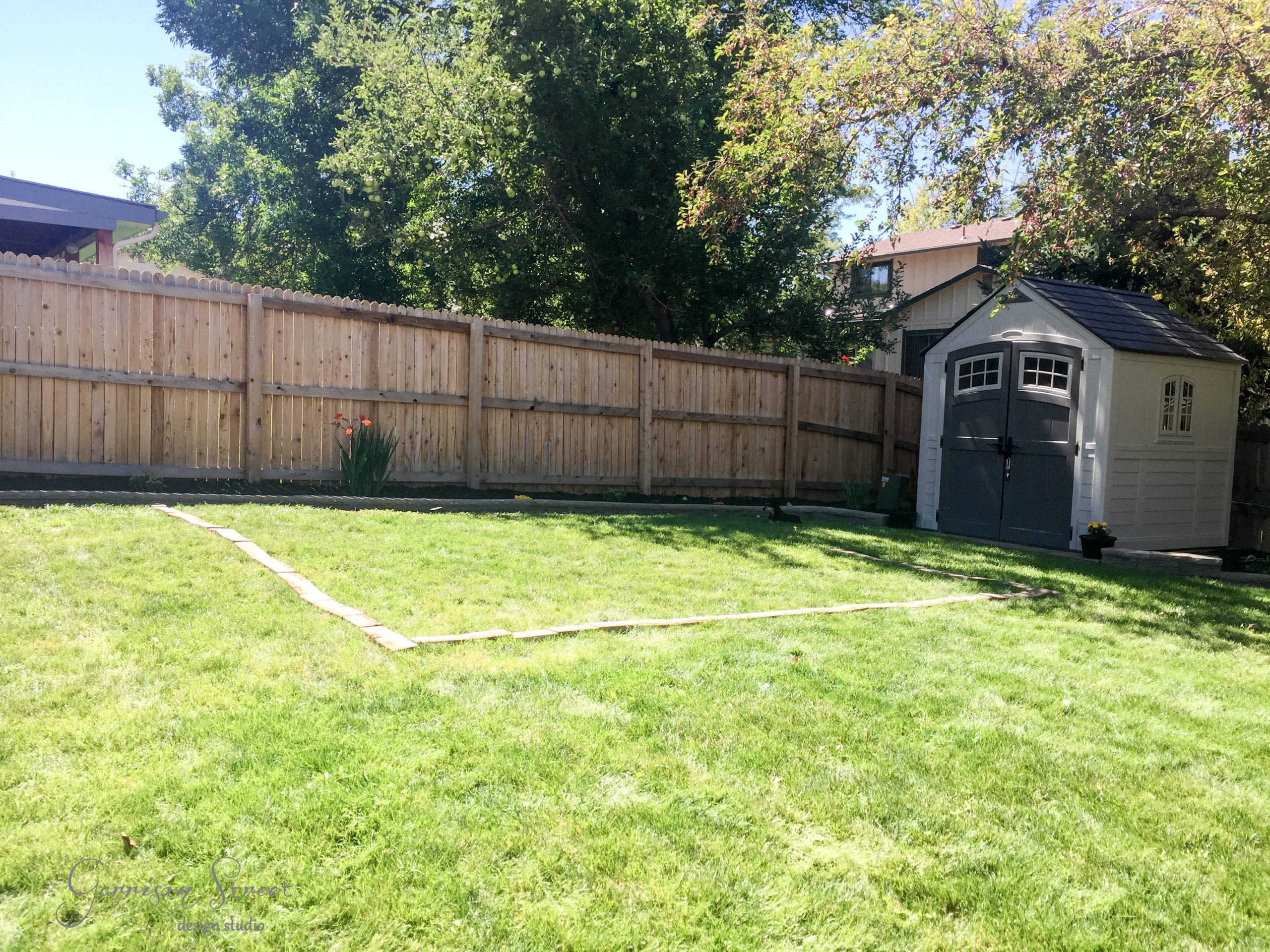 We chose to fill the fire pit area with pea gravel and edge the perimeter with bricks. The bricks were originally used as a border for the rock around our patio, but they just didn’t stay put. So we replaced them with these more substantial stones and used the bricks for the fire pit area. 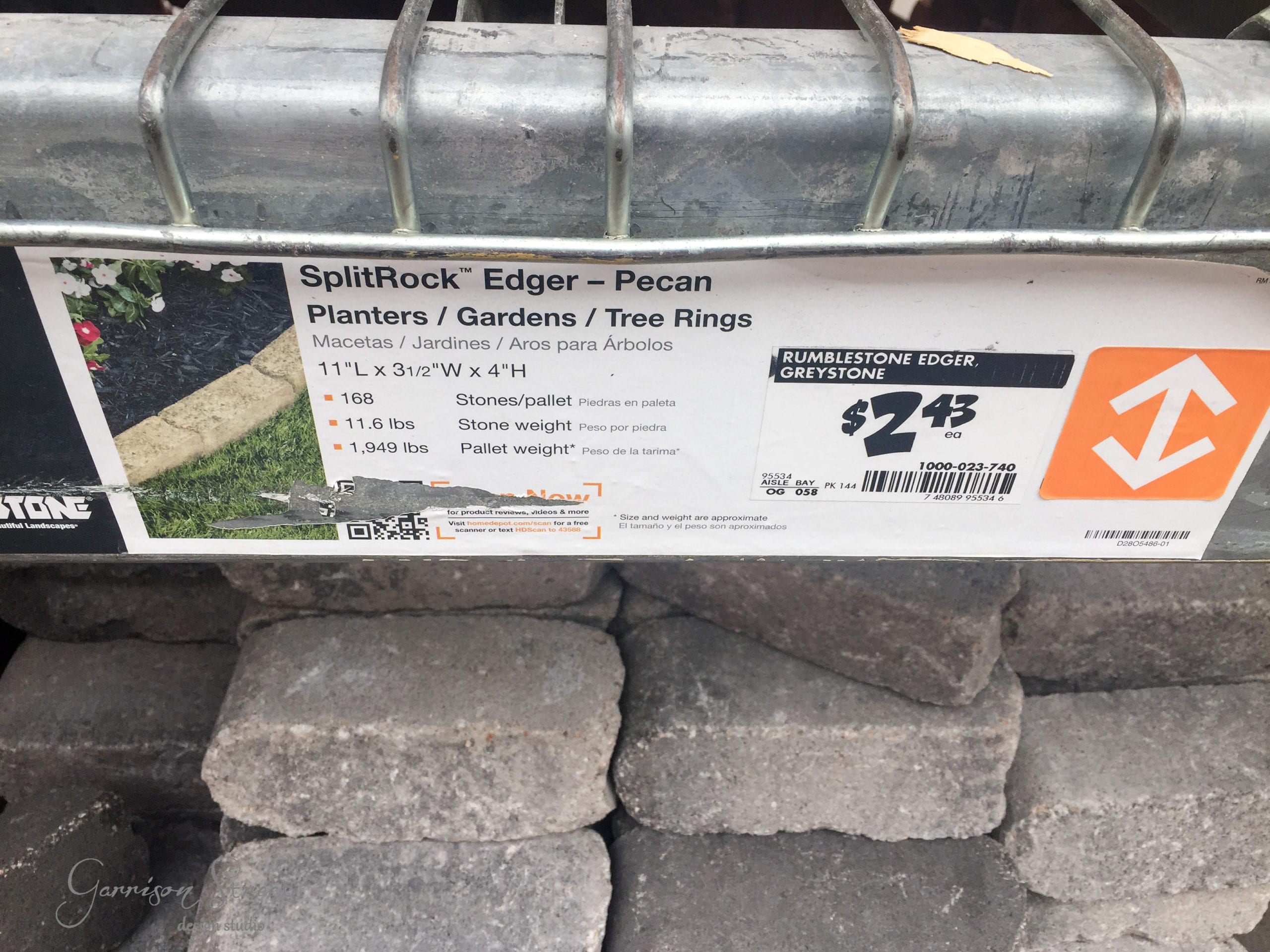 For the fire pit perimeter we would lay the bricks flat to avoid our original problem. I felt anything higher might also create a trip hazard. 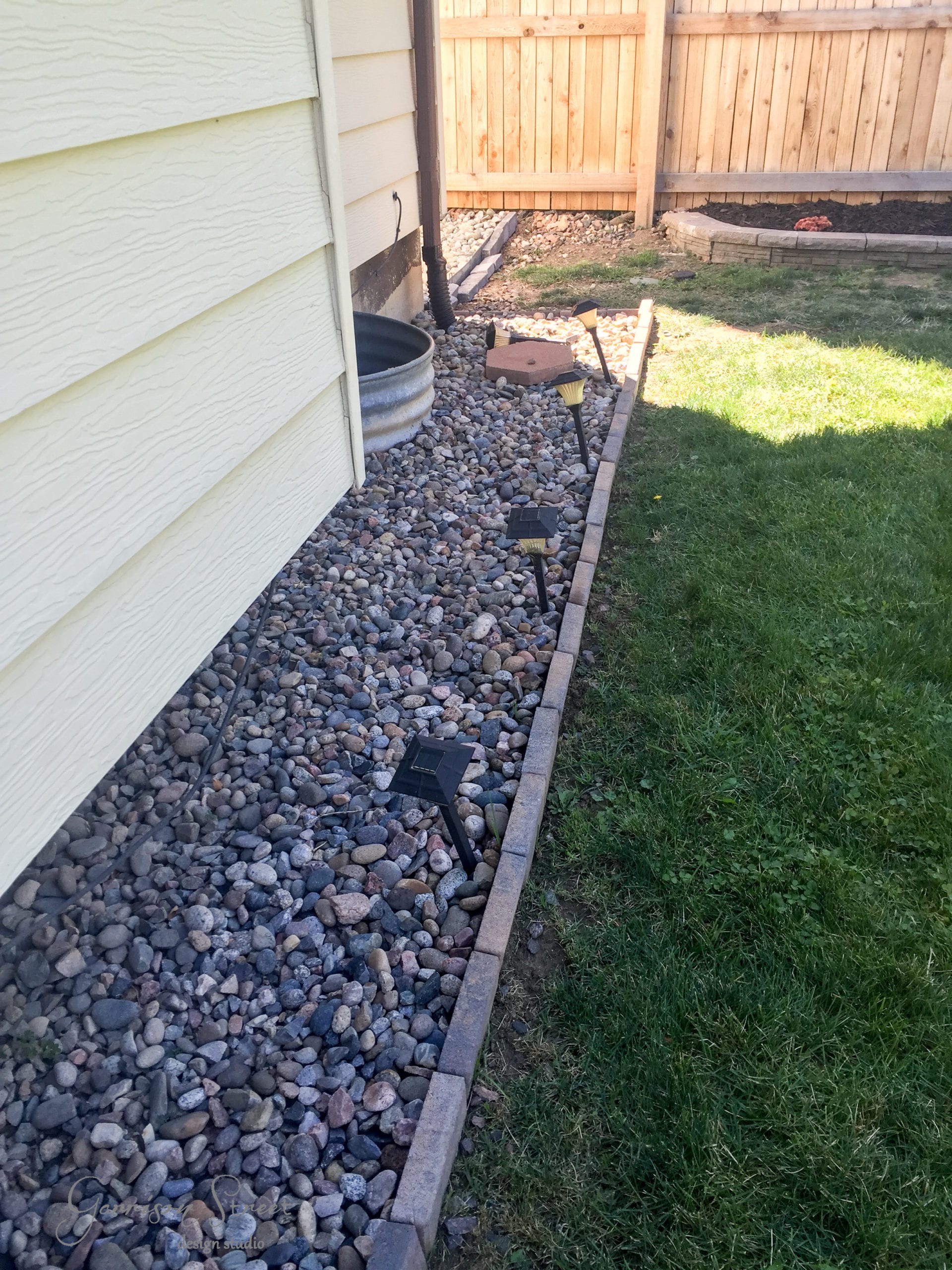 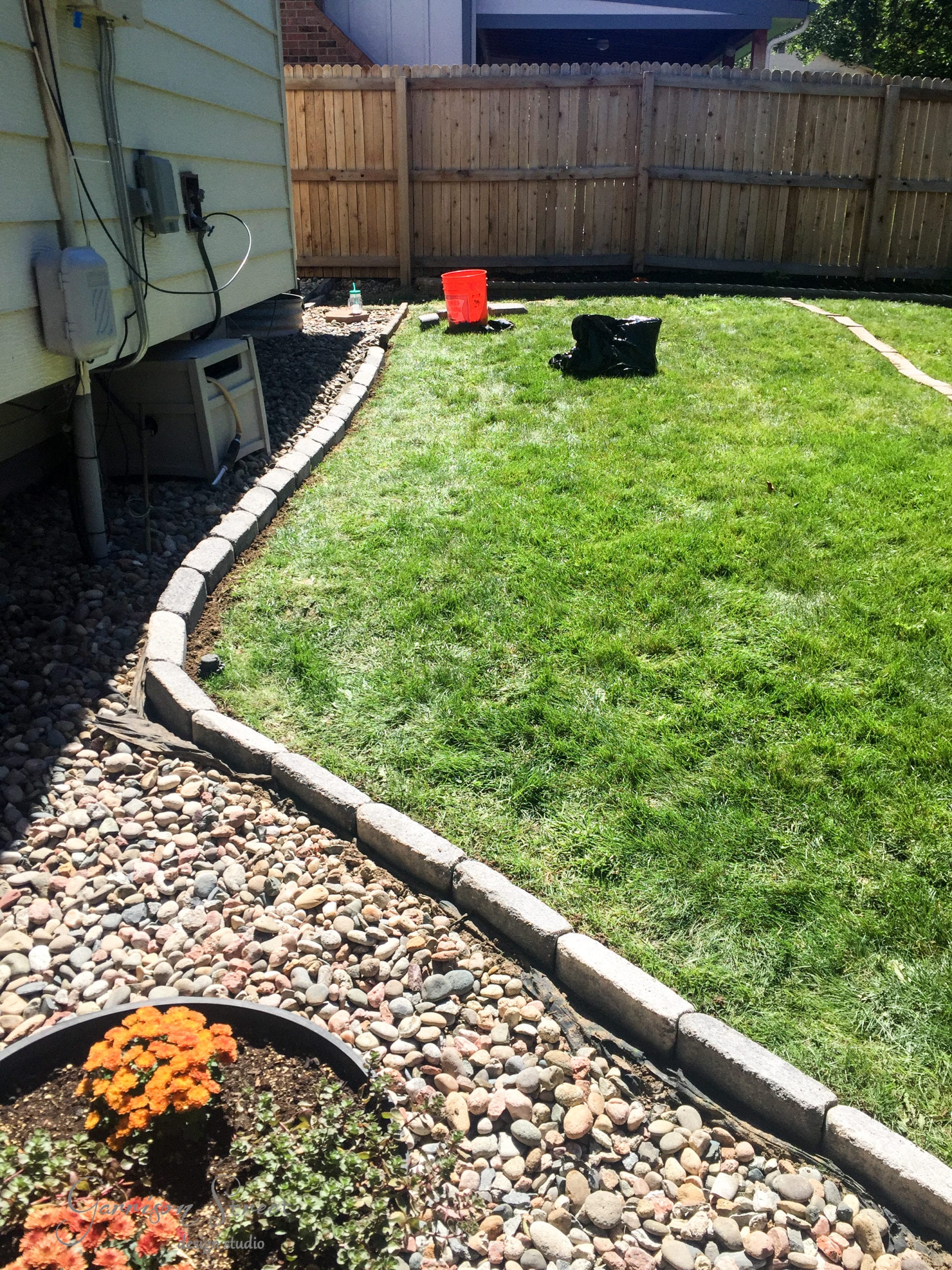 With our rock delivery scheduled, we measured out the fire pit area and marked it with some spray paint we already had. Then we started to dig out the perimeter. 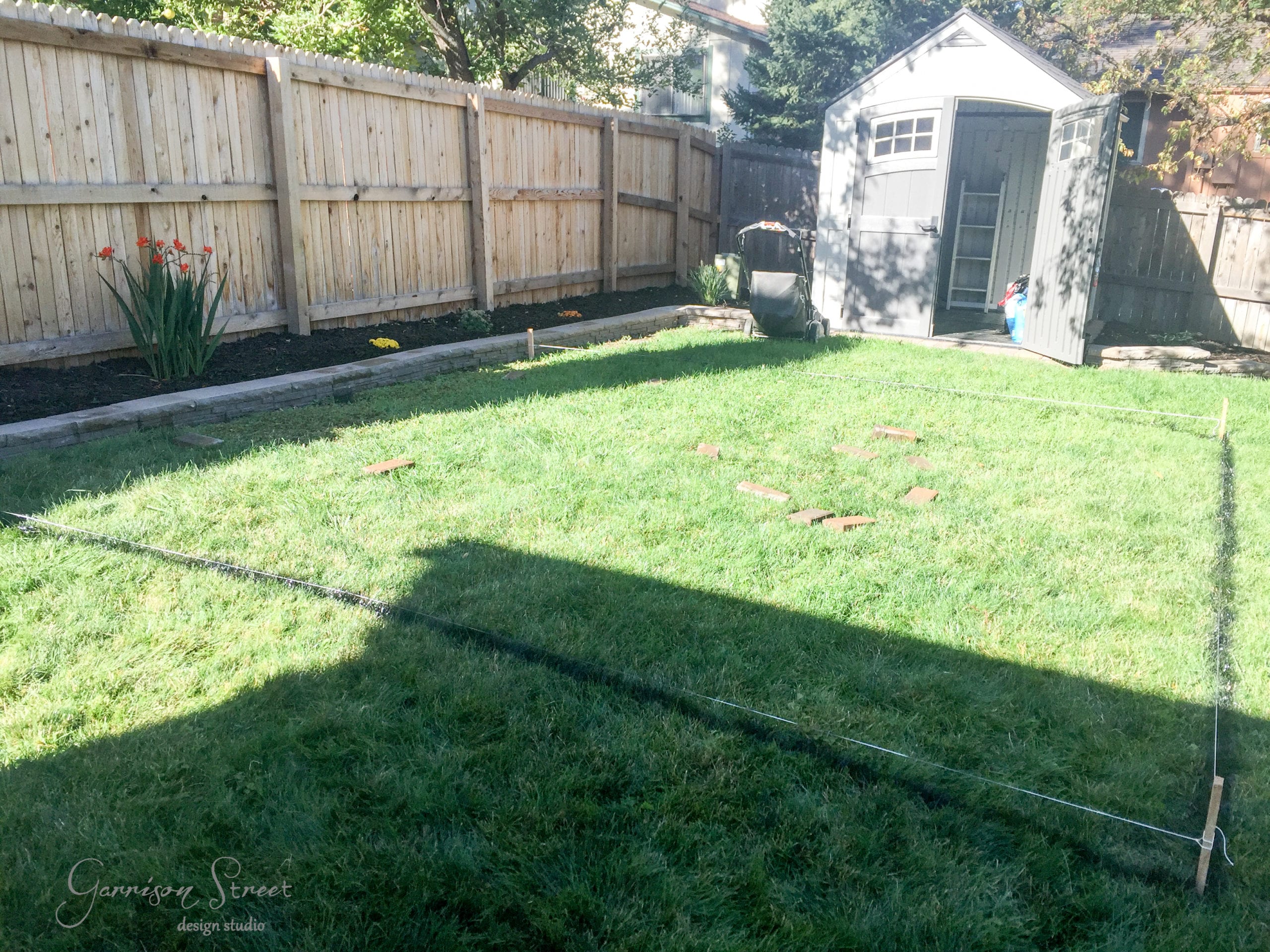 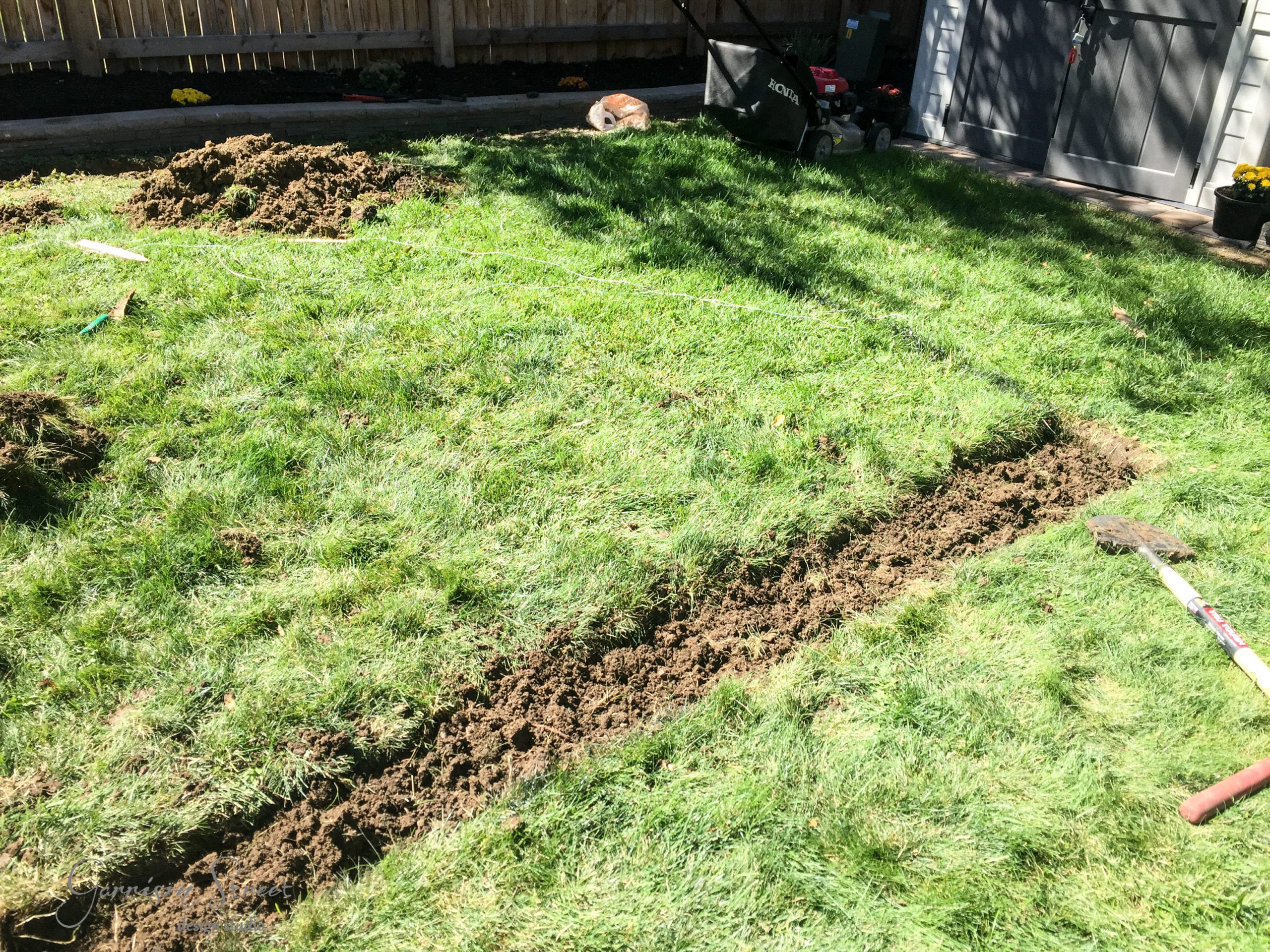 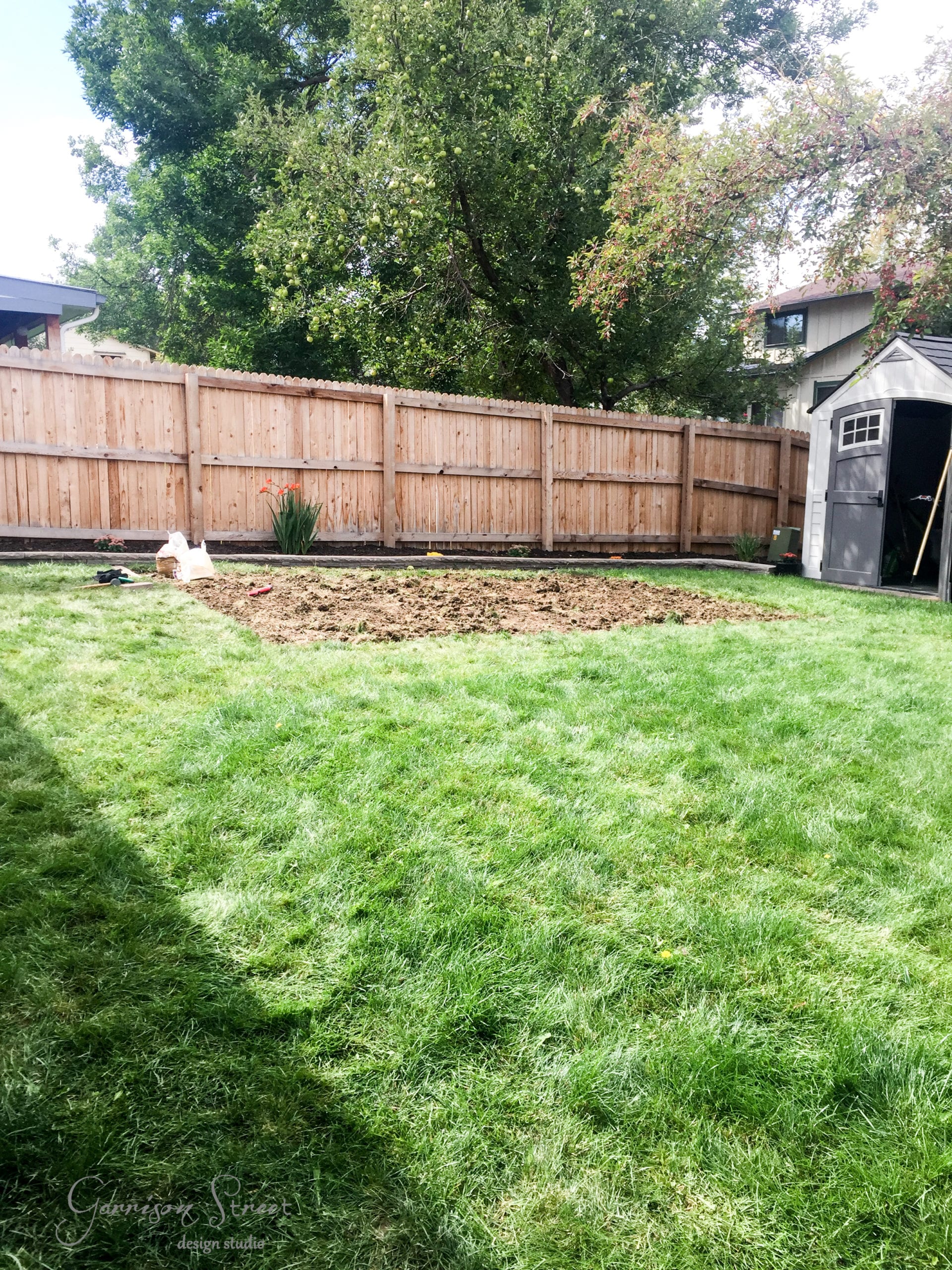 We spent a good amount of time digging out the fire pit area and moving the sprinkler line that was of course in the way. 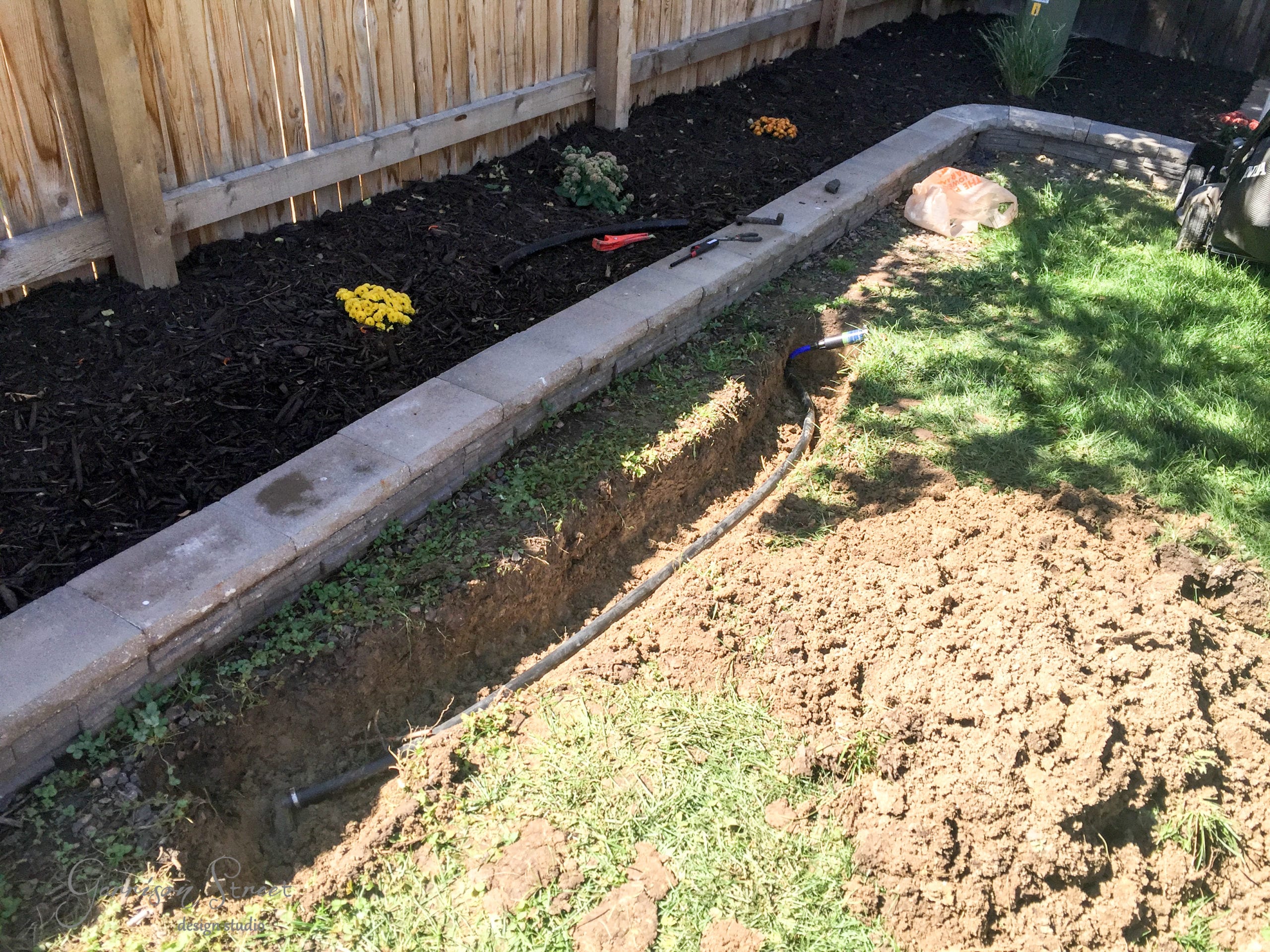 Then we started laying the border. 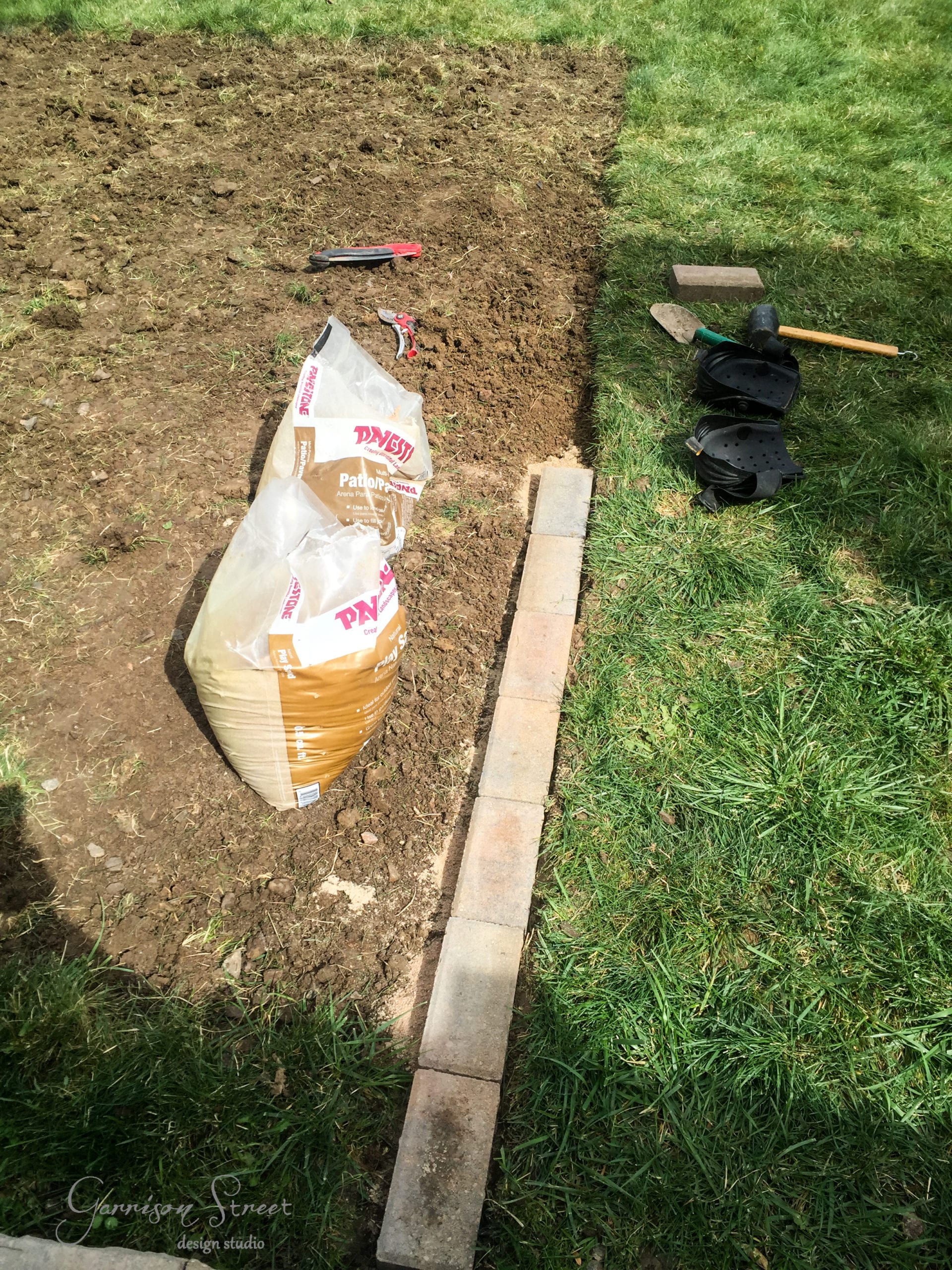 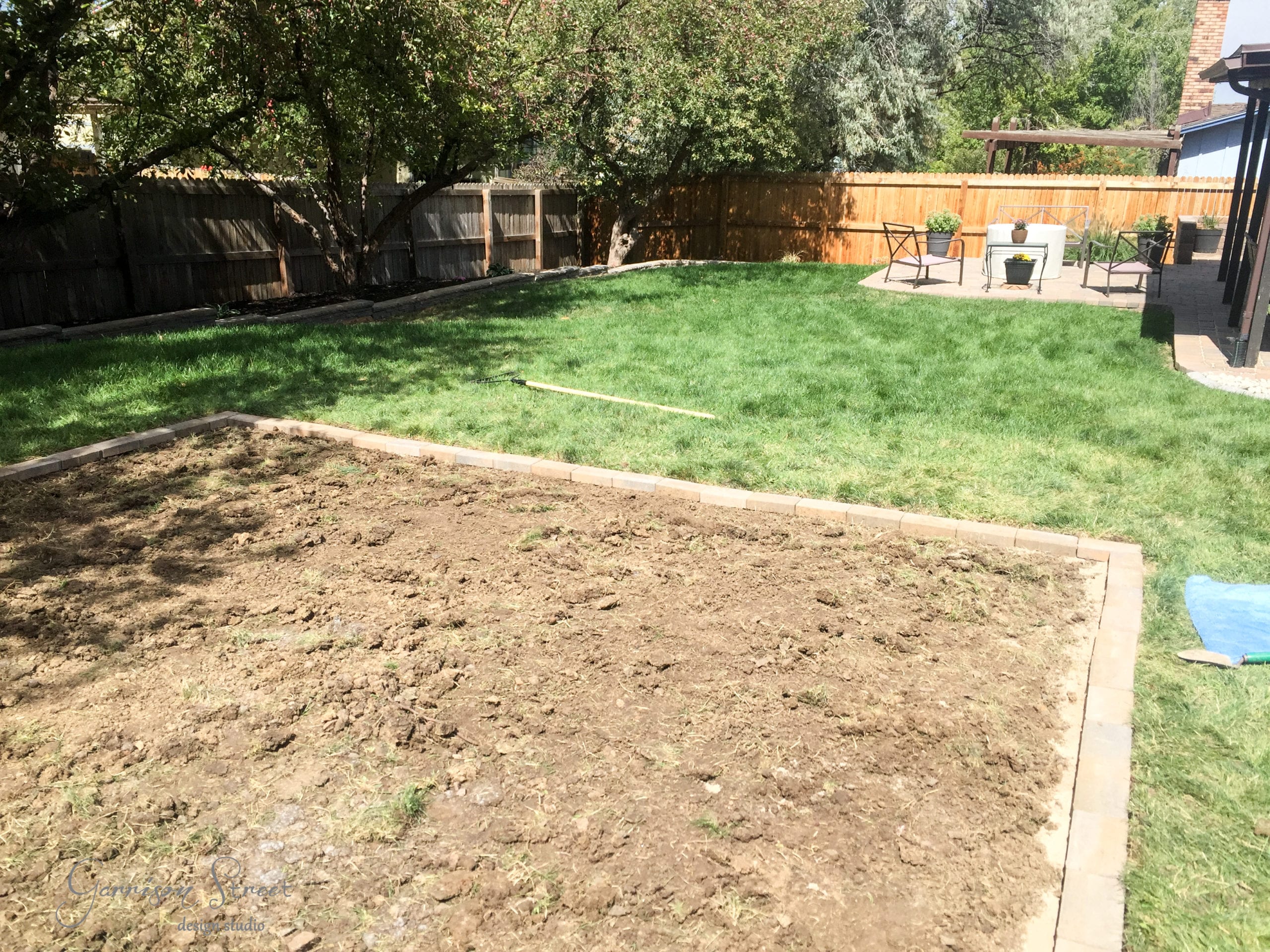 Then we added the weed barrier. 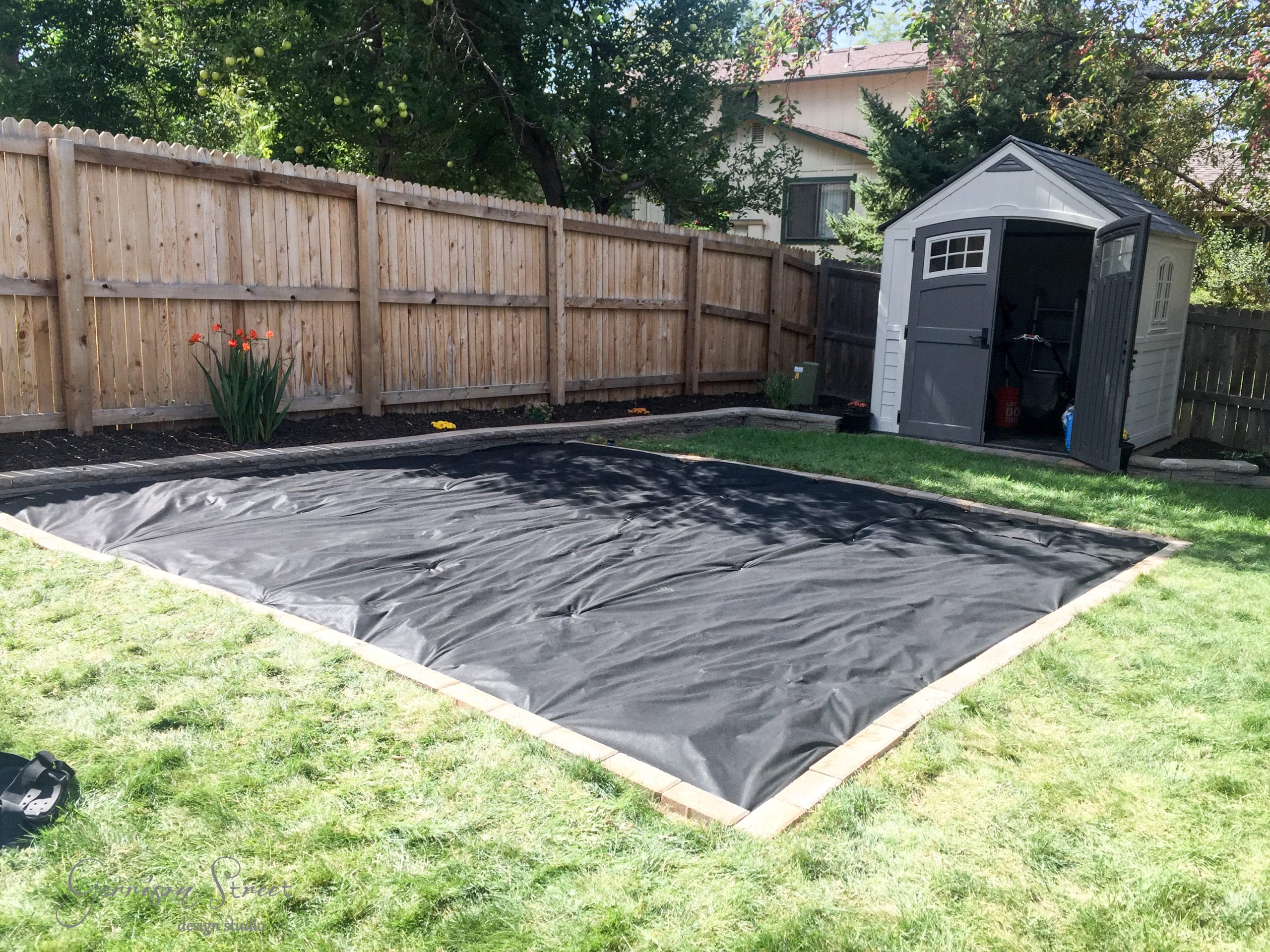 And finally we added the rock. 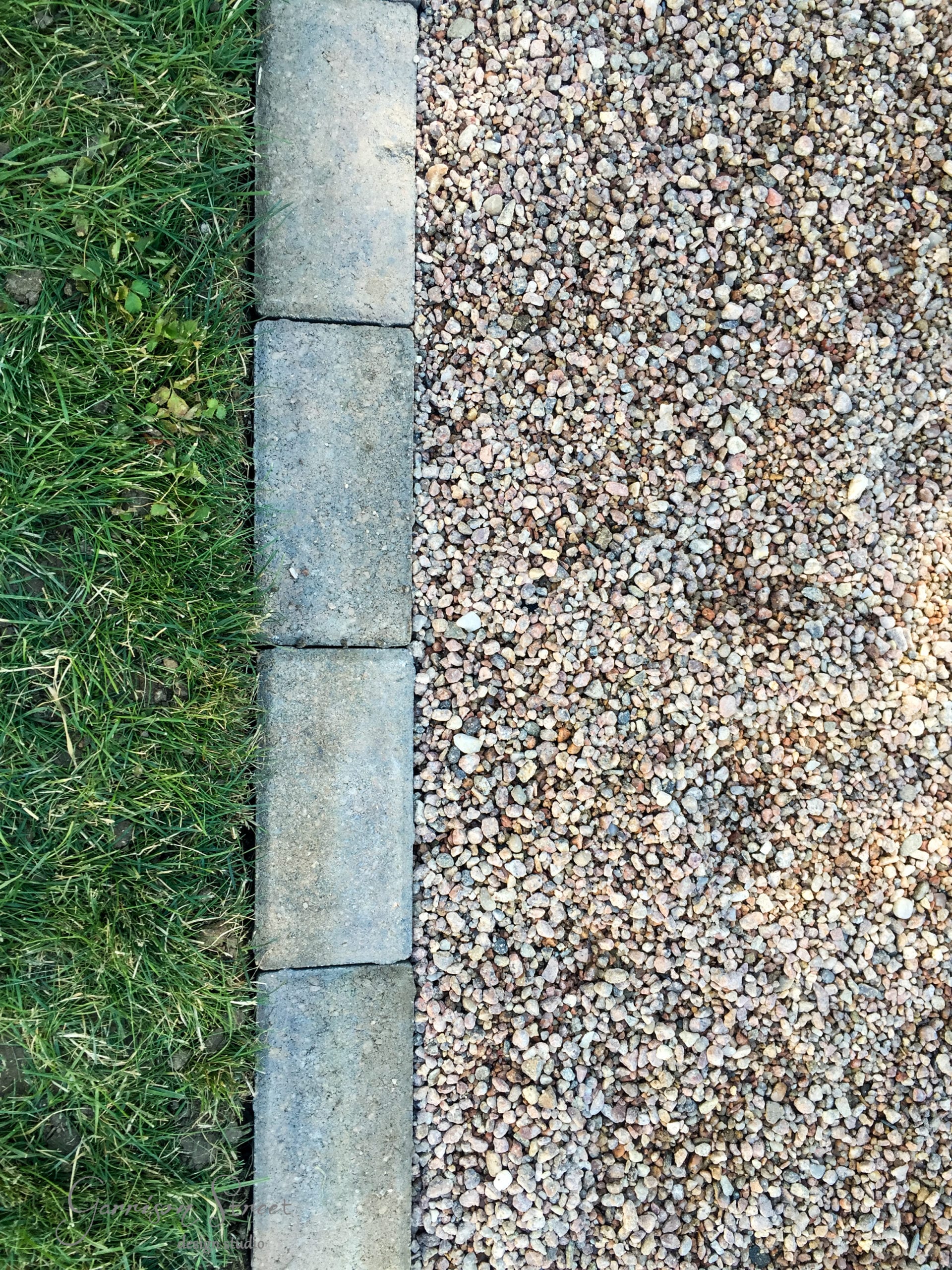 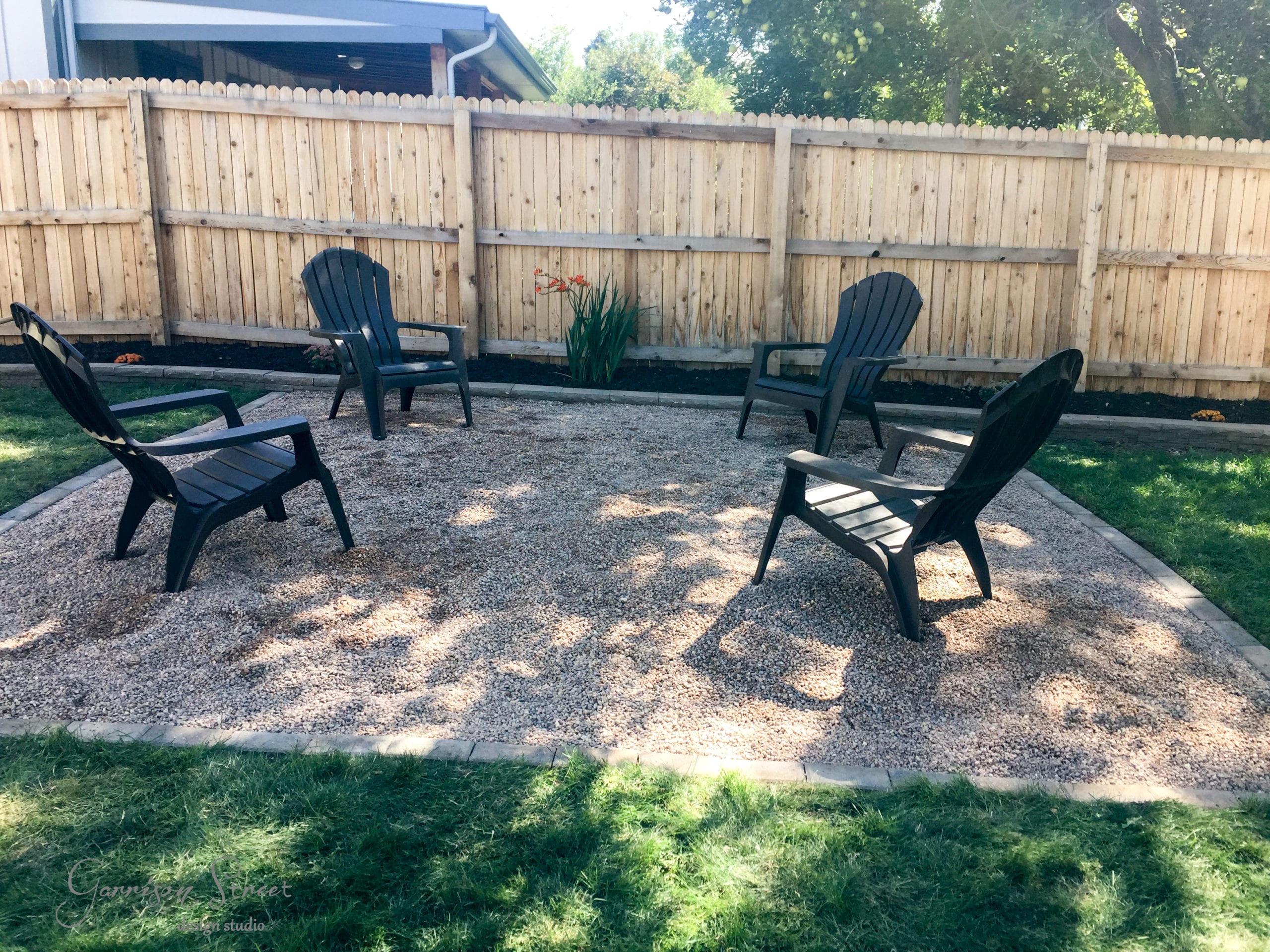 Then we brought in the fire pit and added some accessories. 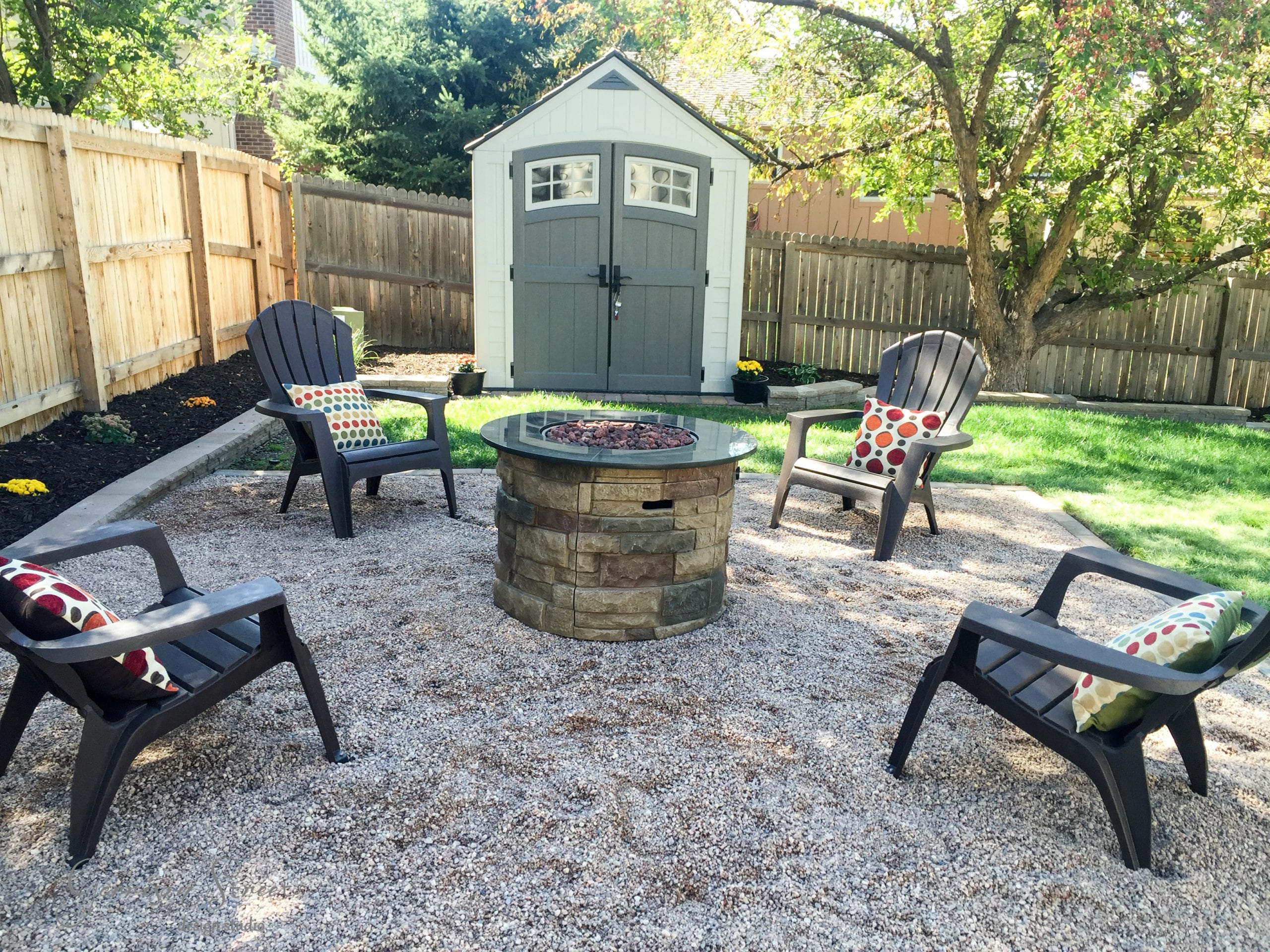 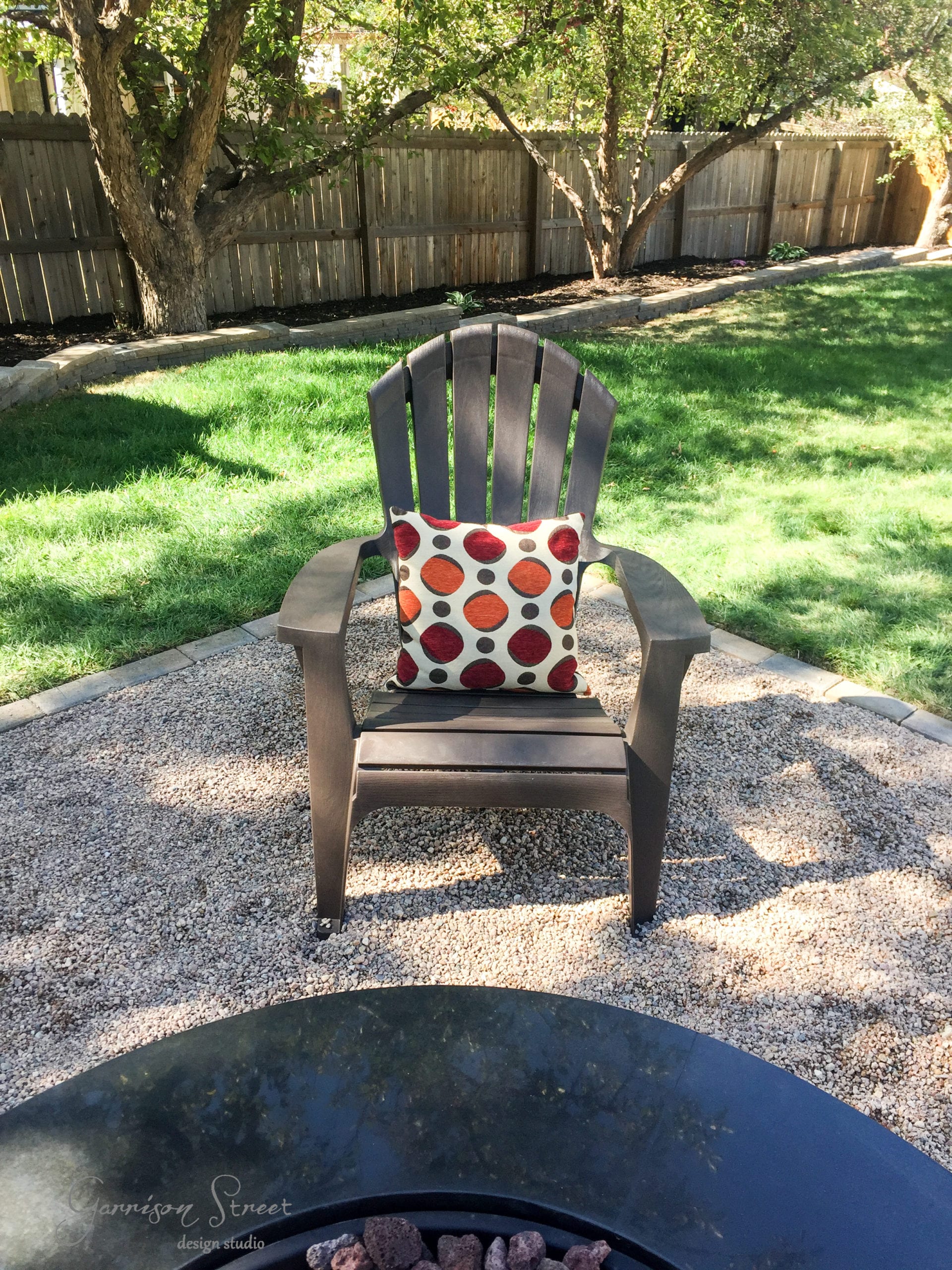 I really had to fight for this project, but I love the way it turned out! It took us about two days to complete, but we have used it several times already. 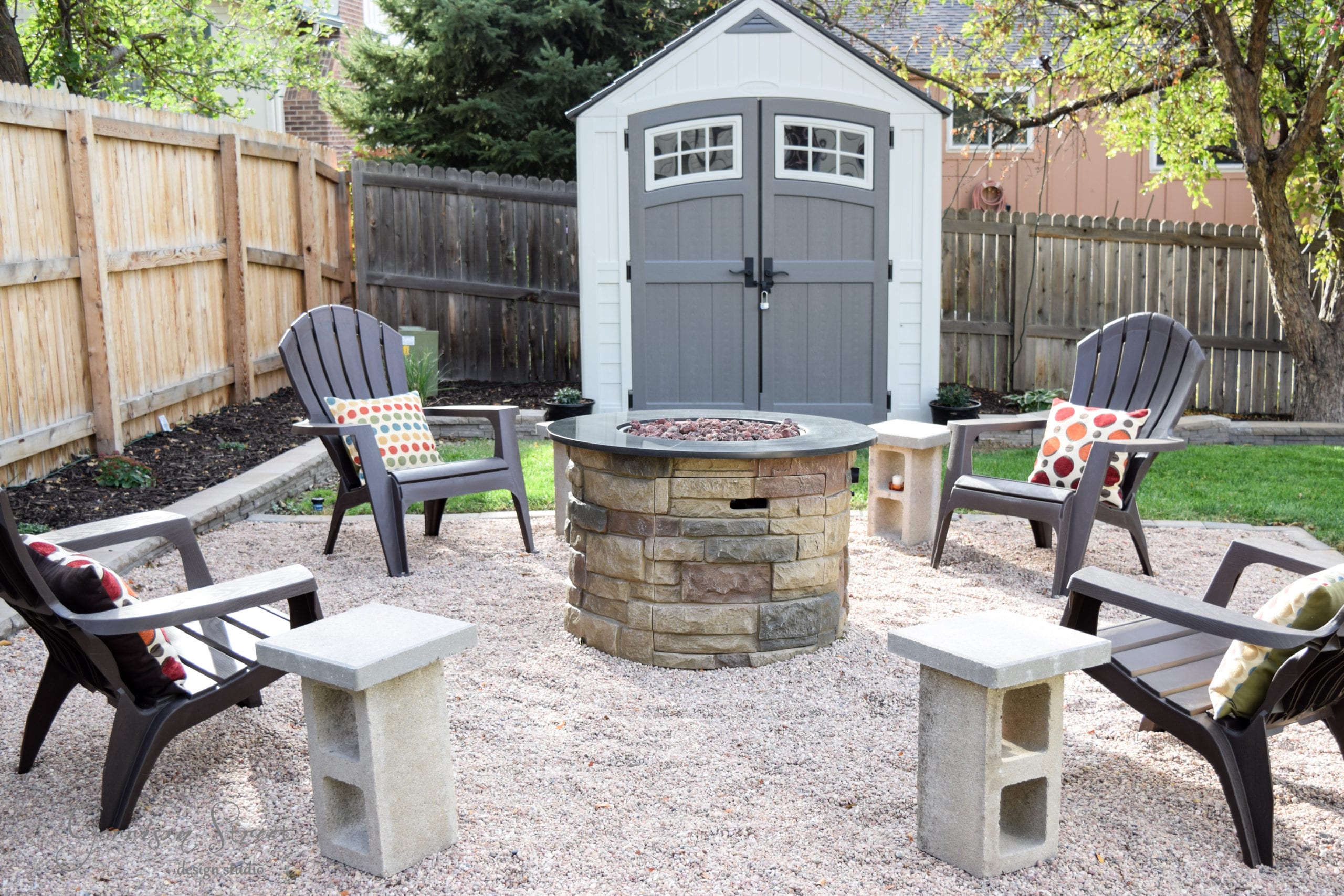 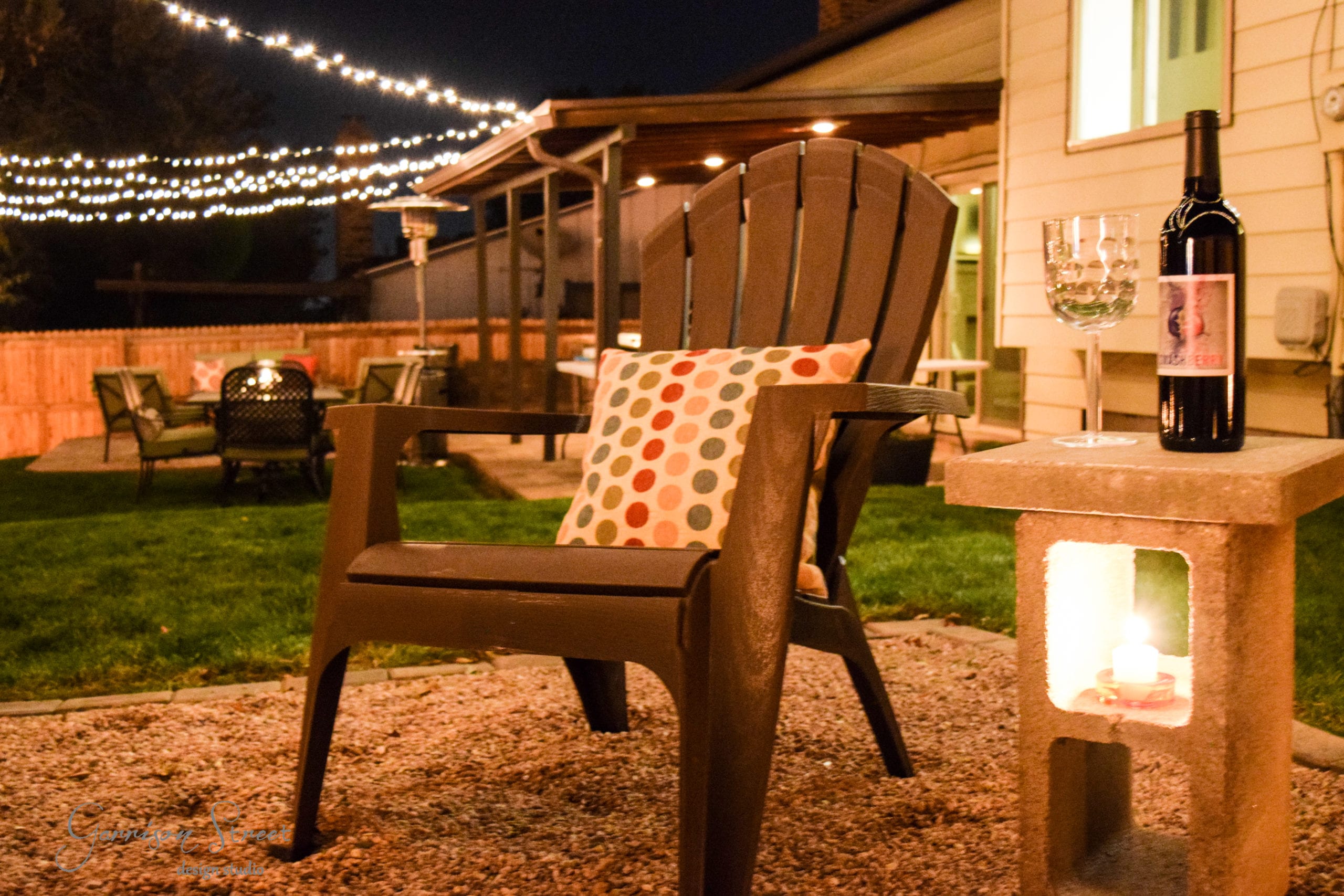 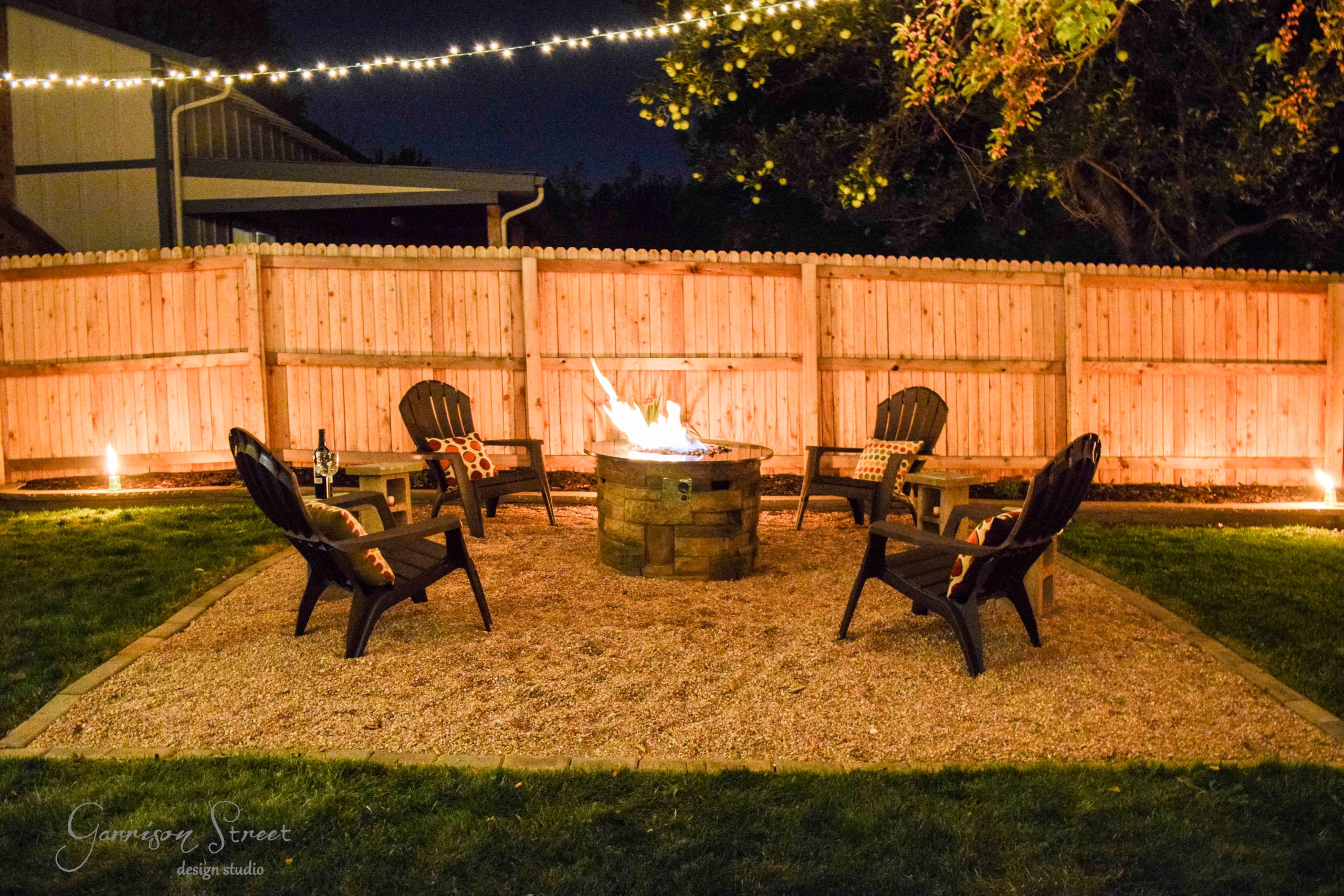 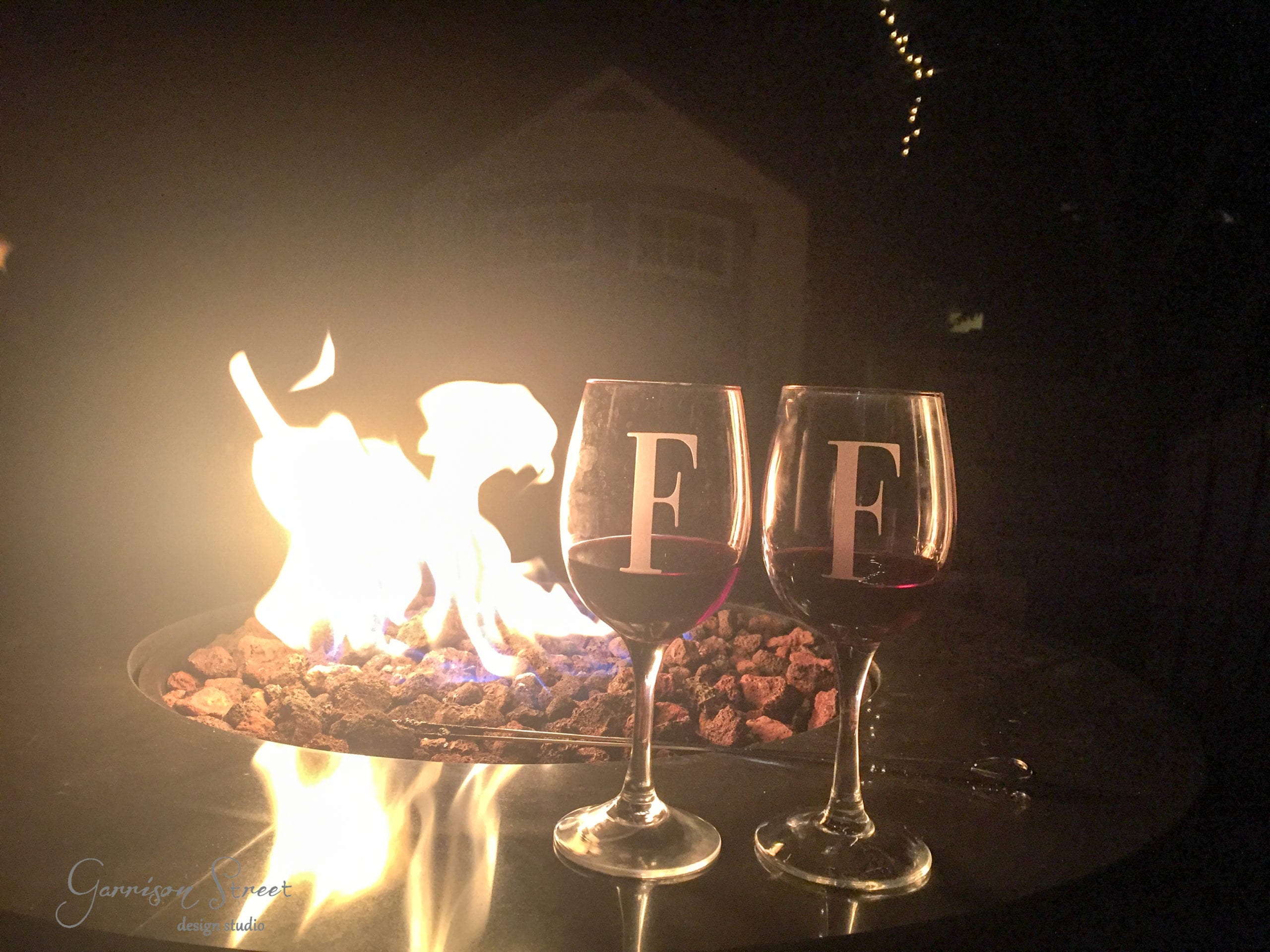 We hope to add the swing next year so stay tuned! 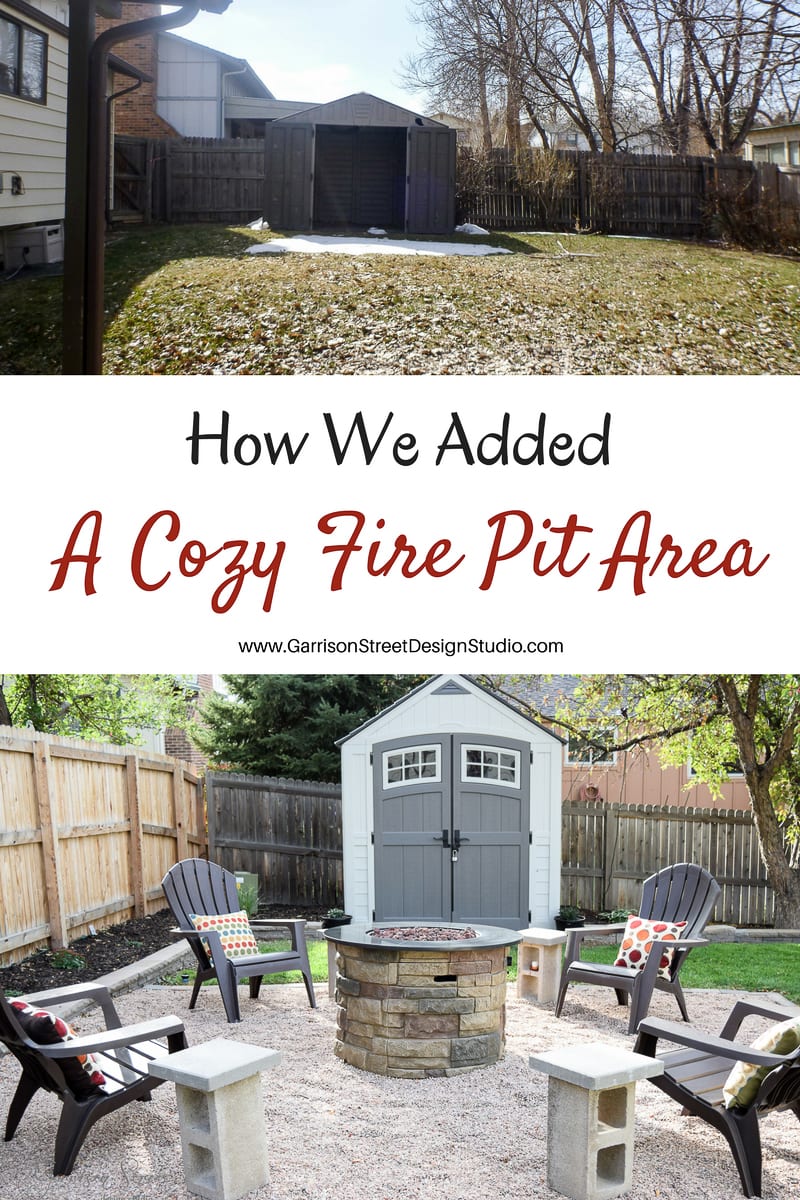