Many people often neglect the exterior of their homes, but the truth is, your exterior space can really extend your square footage and offer valuable living space. I must admit, we definitely neglected much of our back yard for the first several years in our home. We had a lot of different projects going on and just didn’t have time for everything. But this year we set out to finish the backyard 🙂The second year in our home we added a paver patio which really helped point us in the right direction, but we never really addressed the landscape. In case you missed the patio addition this is what our backyard first looked like when we bought the house. 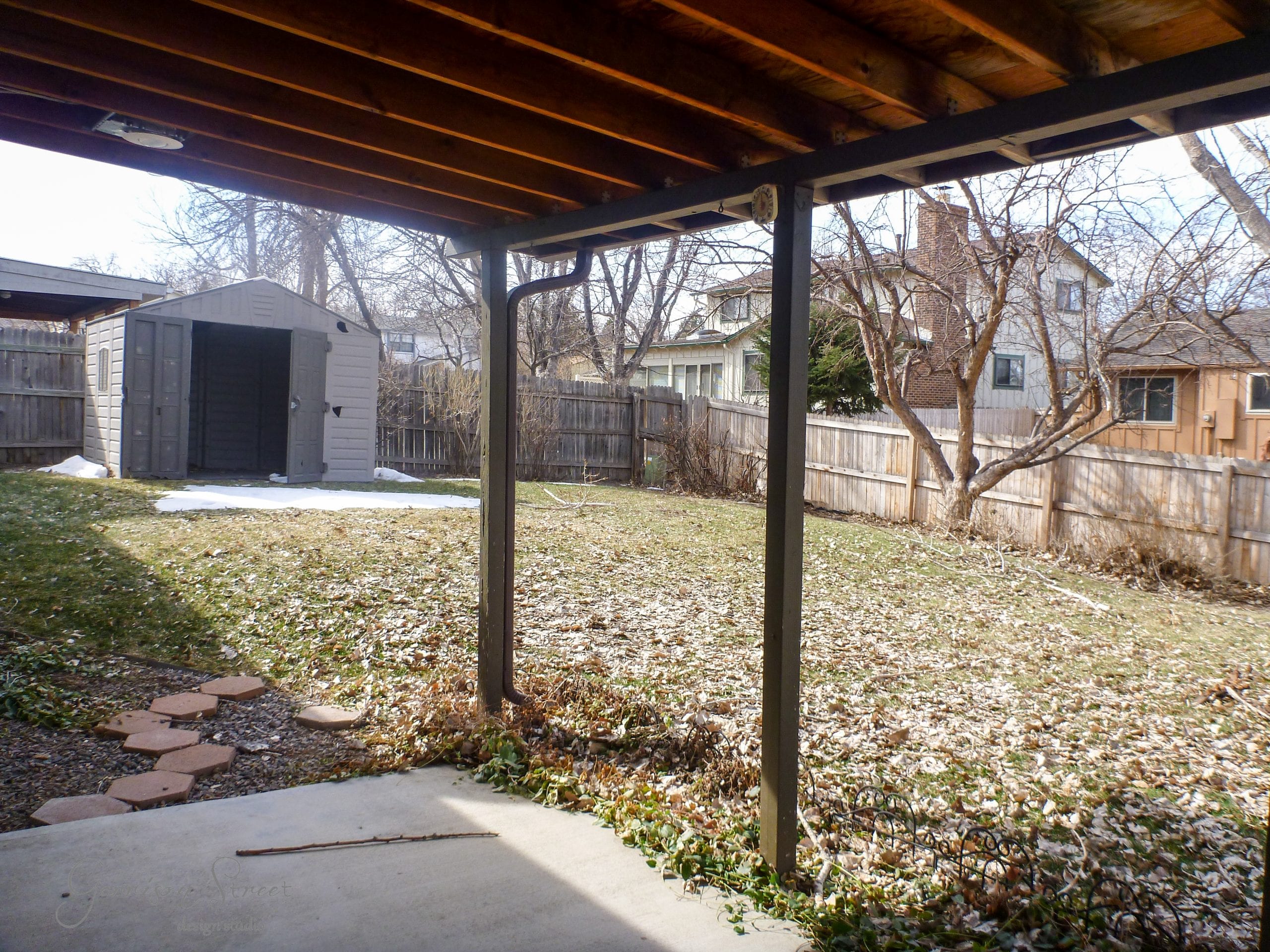 This is what it looked like after we added the patio. 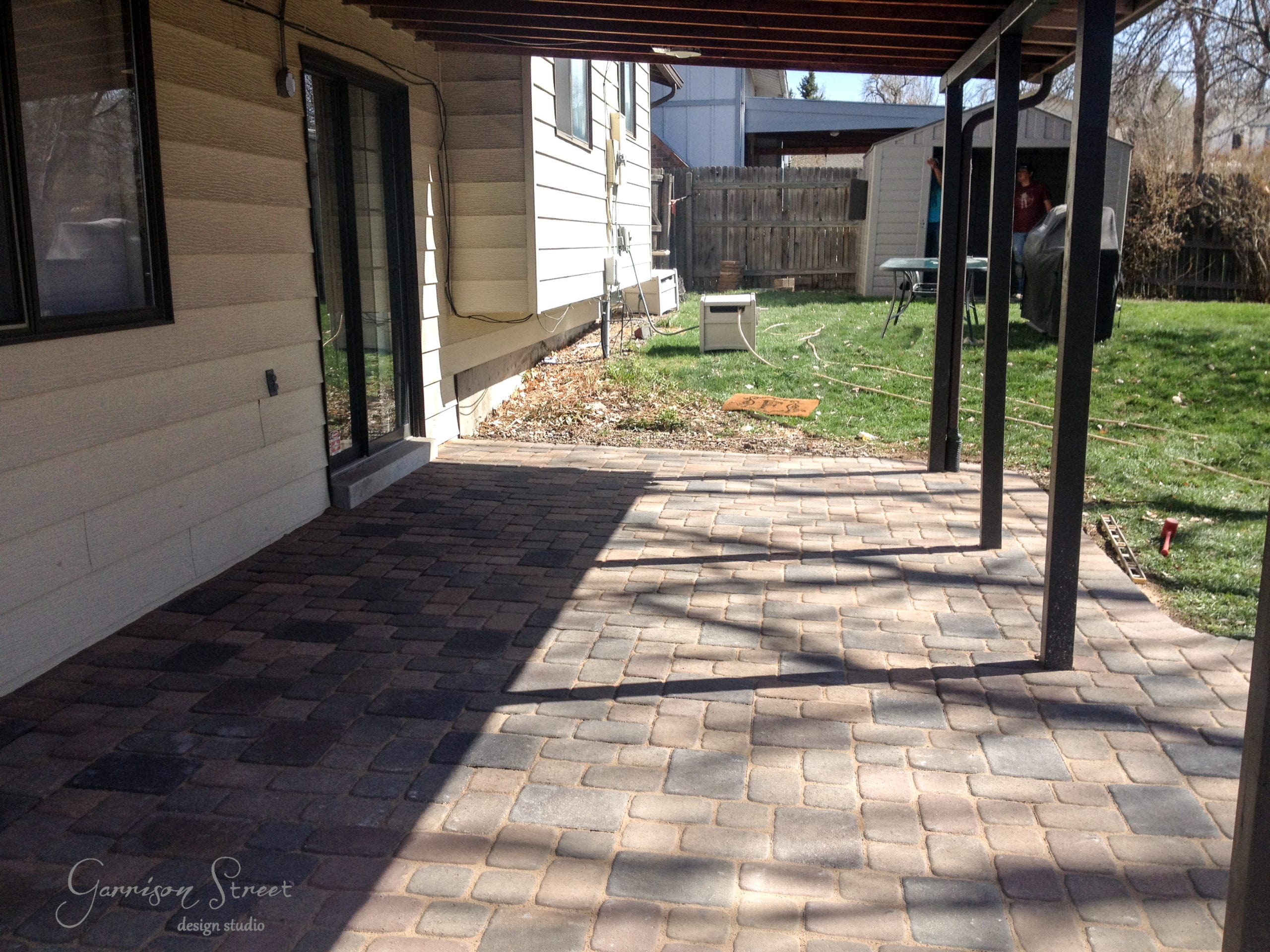 The third year we replaced our fence which you can read about here. This is what it looked like when it was done. 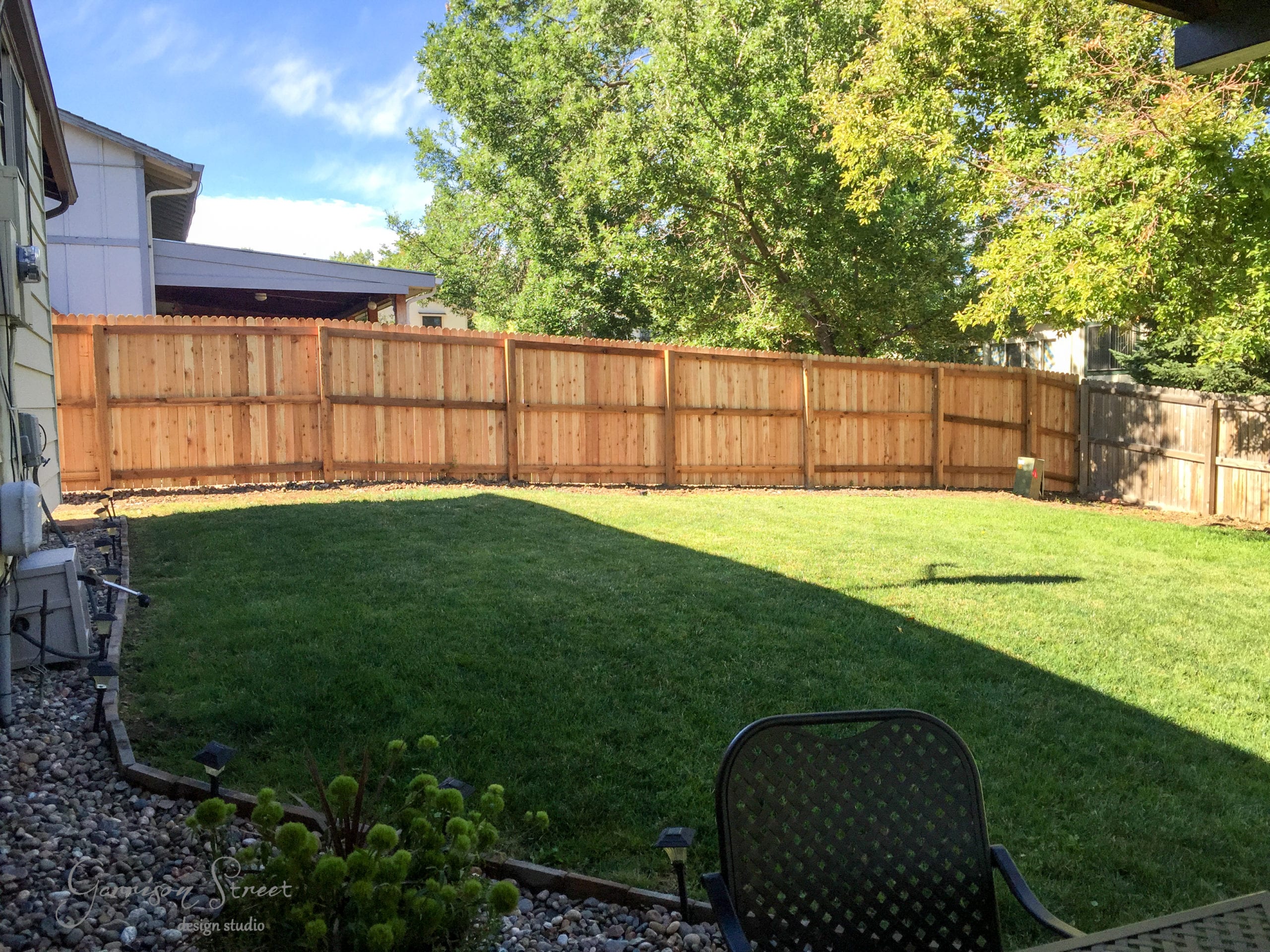 With all the “framework” in place, it was time to address the landscape. The perimeter of our yard was always a mess. Random over grown bushes, sparse rock and weeds described it to a T. I couldn’t believe I let it go this far! We needed to clean it up. Along the fence line (especially under the trees), grass didn’t really grow so we knew we needed to add some rock or mulch. When we measured out the space we realized we would need a ridiculous amount of rock which would get pretty expensive so we decided to mulch it. We also wanted to add a border to contain the mulch and any plants we added. Craving something a bit more substantial than the standard plastic/metal garden edging, we opted for a decorative wall block and capstone.

Since we needed quite a bit, we had all of the materials delivered. I will be honest, this was not a fast project. Neither of us were particularly motivated and it was a challenging layout since our yard is not flat. We worked on it the weekend after the blocks were delivered and then tabled it for several weeks before diving back in. Then we went out-of-town. And then we had plans and before we knew it the summer was almost over! So it was time to get serious. 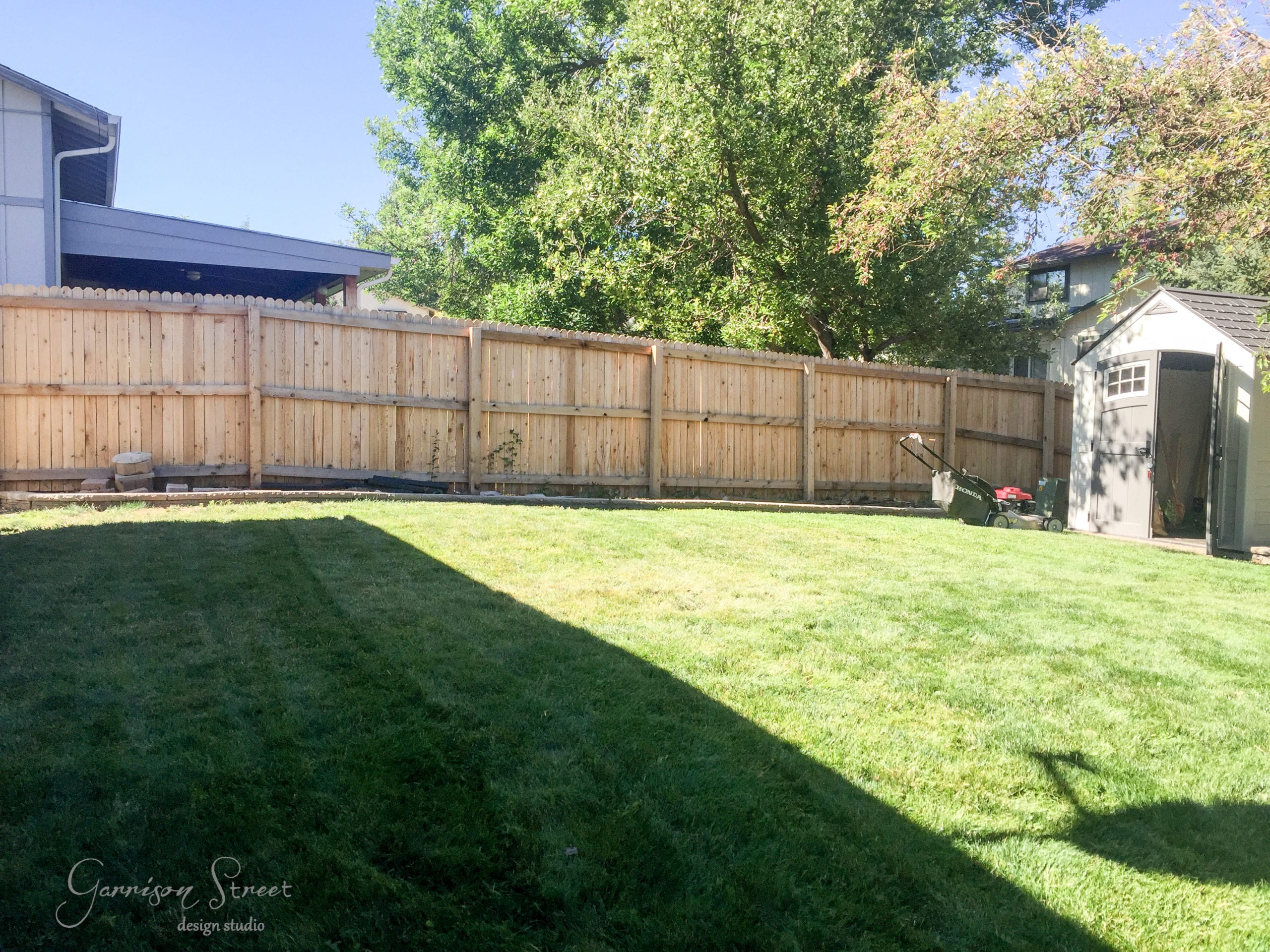 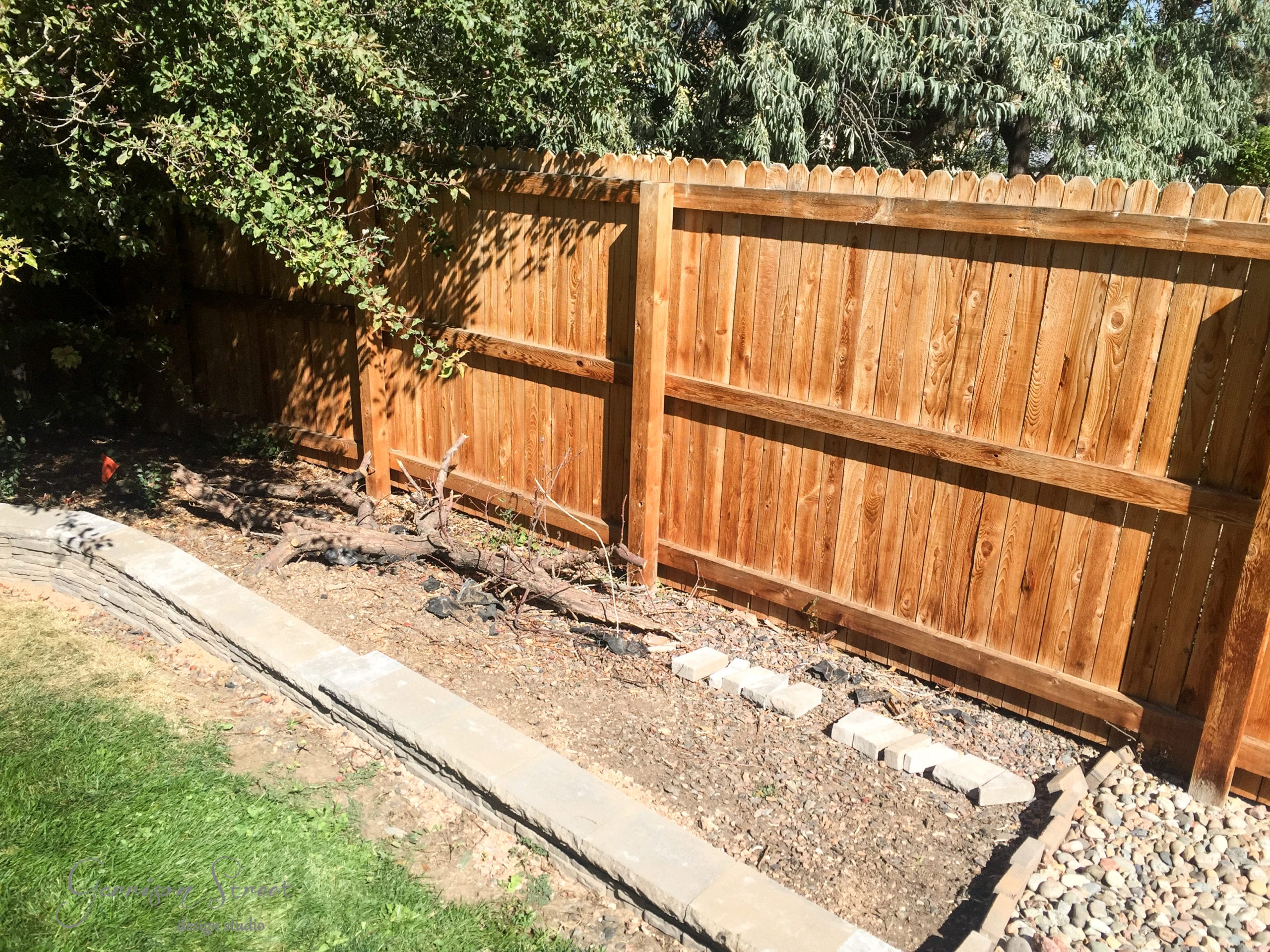 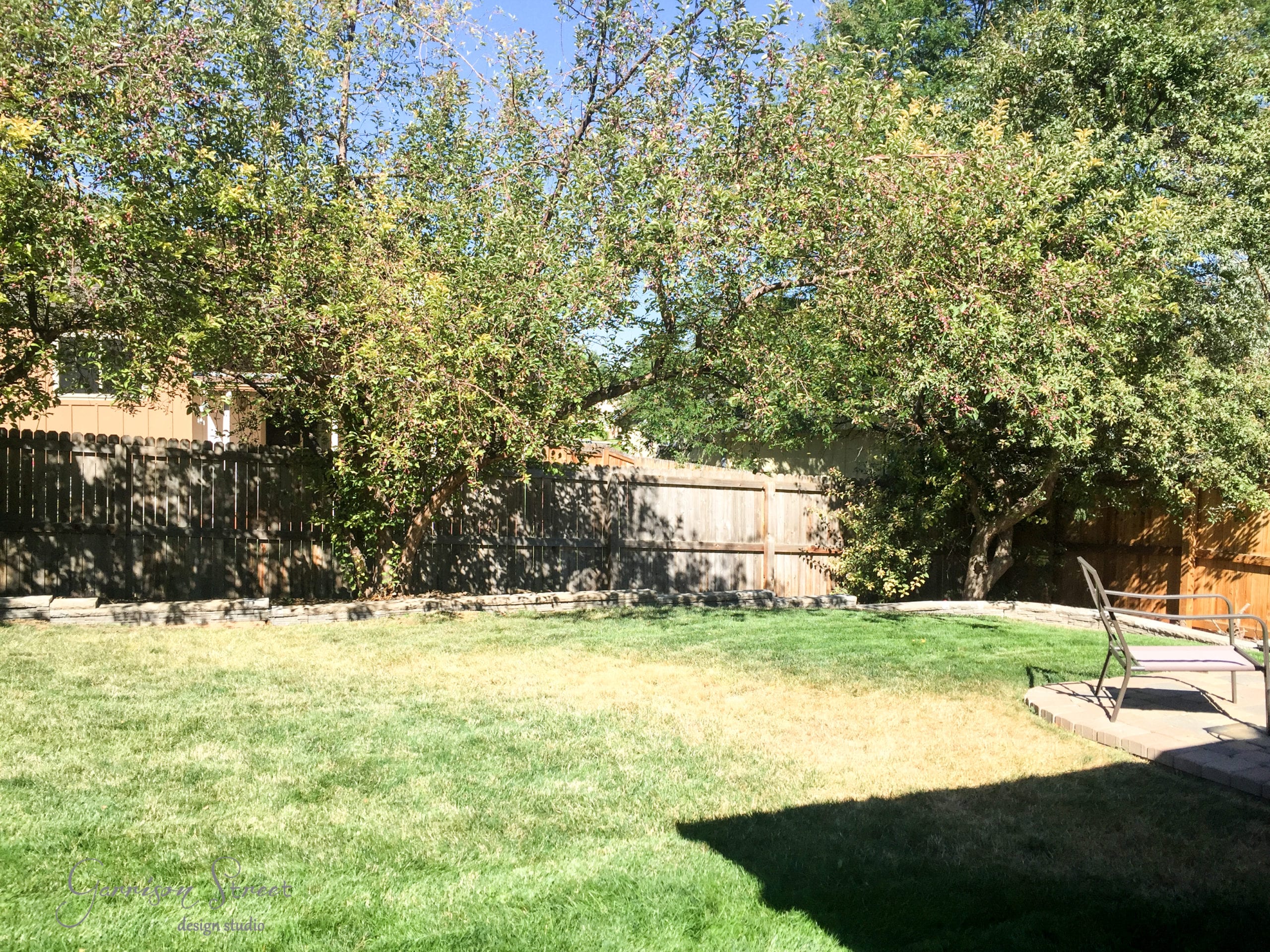 By the time we finished the edging, we were about to go on vacation to celebrate our 5 year anniversary. However, we still needed to add plants and mulch. Fearful if we didn’t mulch before winter it would be a jungle of weeds by spring, we hurried up and ordered the 8 yards of mulch we needed. Nothing lights the fire quite like having a giant pile of mulch sitting in front of your house! I swear the pile is so much bigger when you have wheeled 20 loads to the backyard and it doesn’t even look like you have made a dent in it yet! 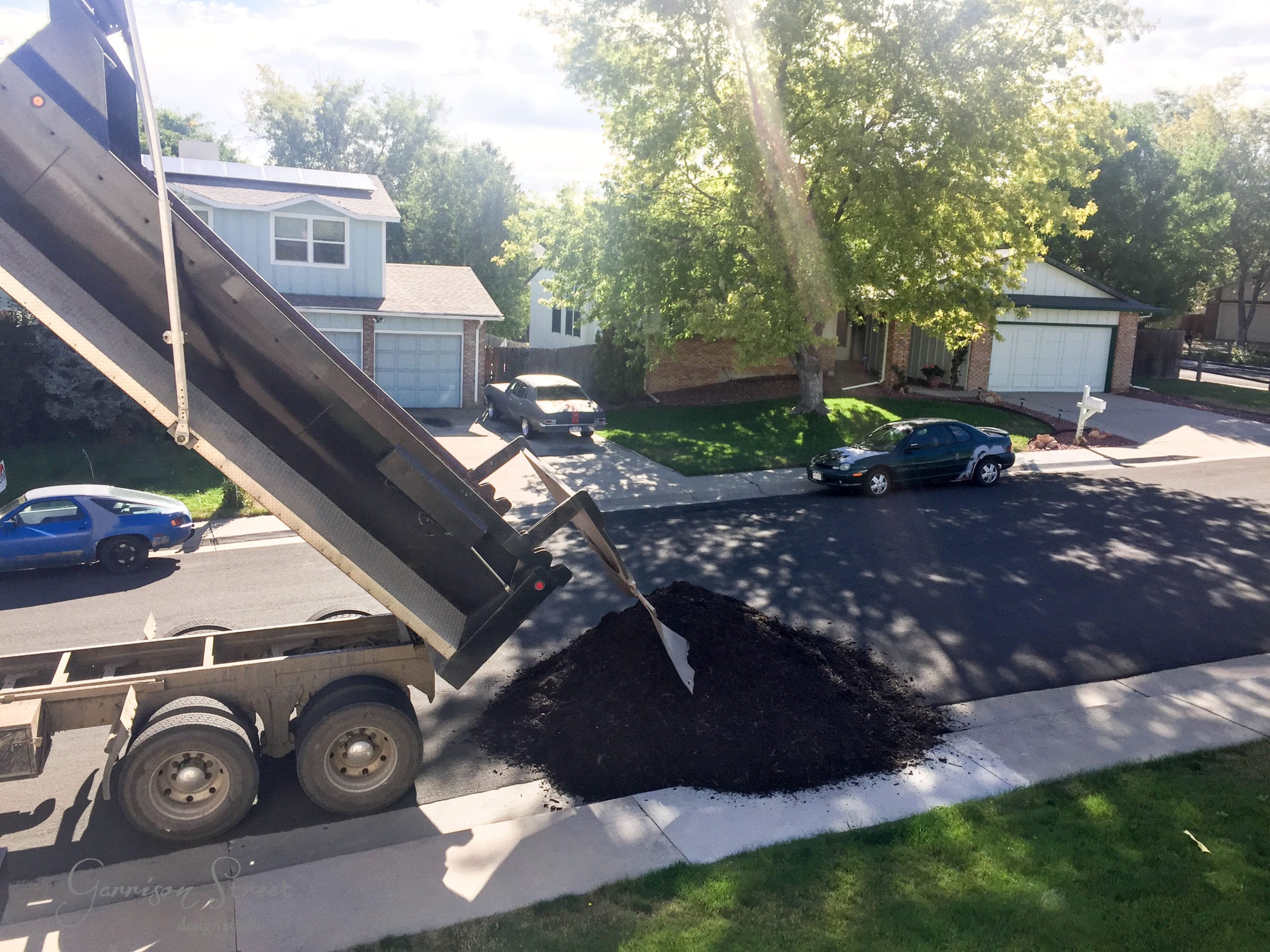 We spent an afternoon planting before we did the mulch. 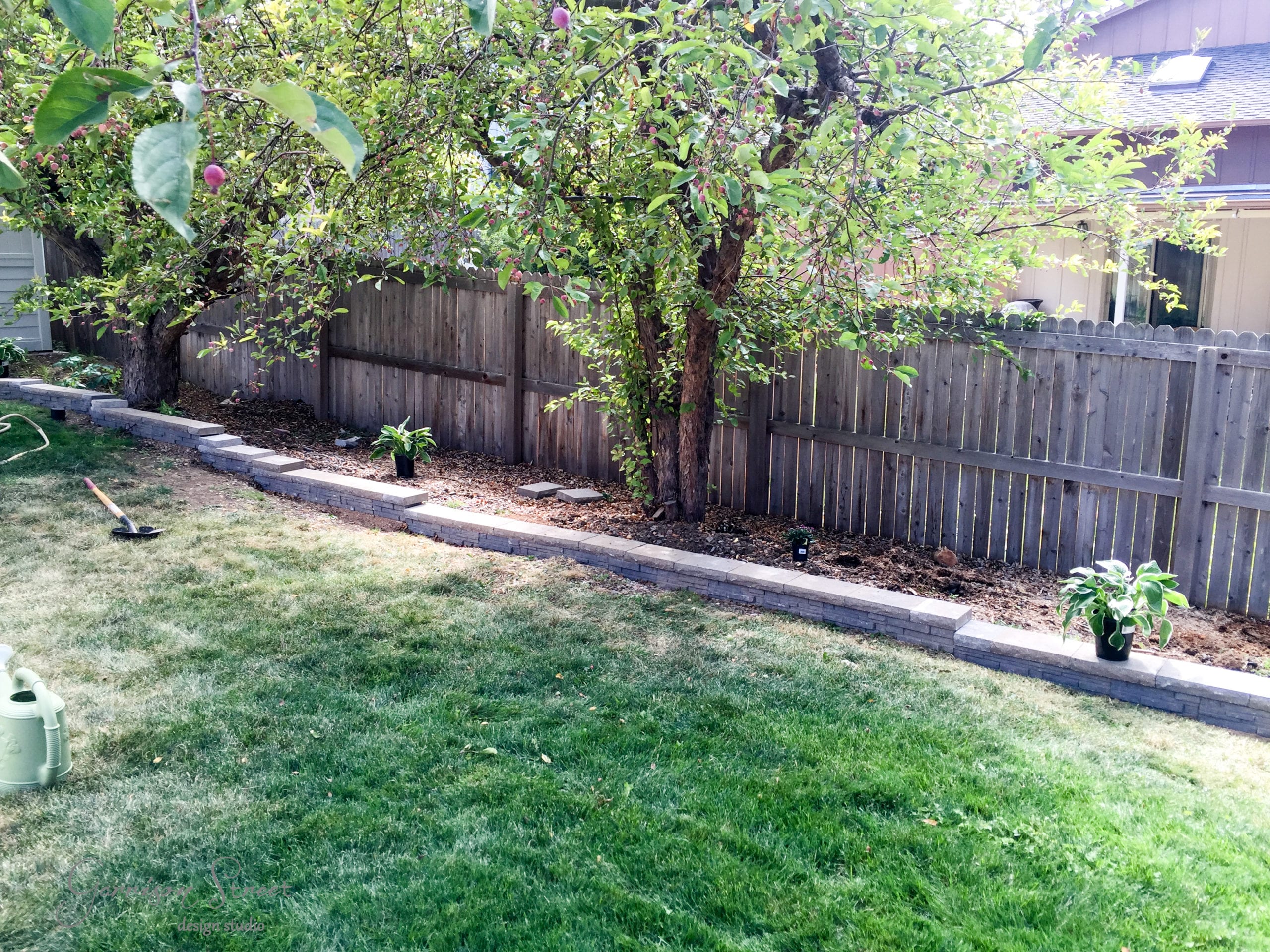 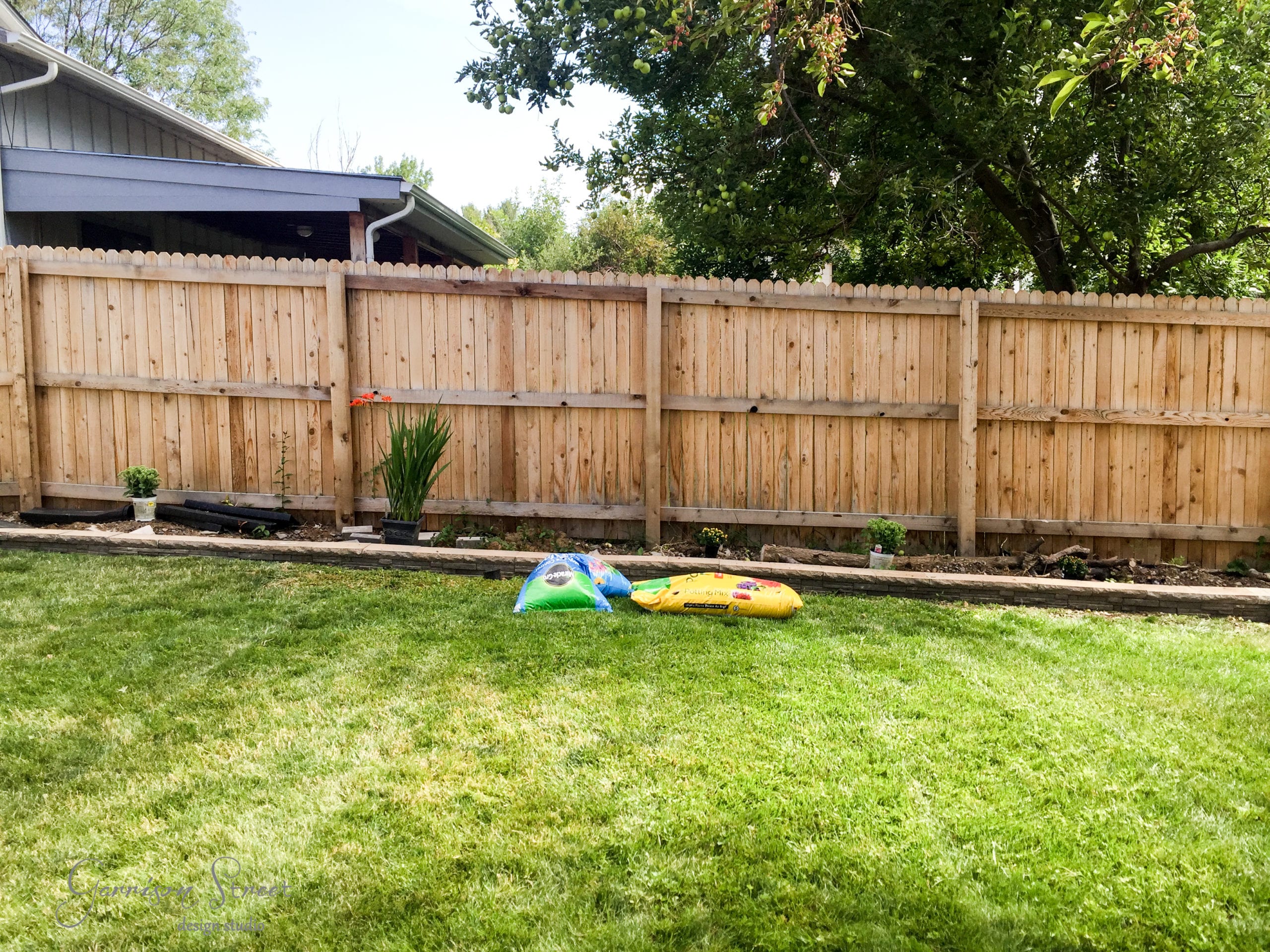 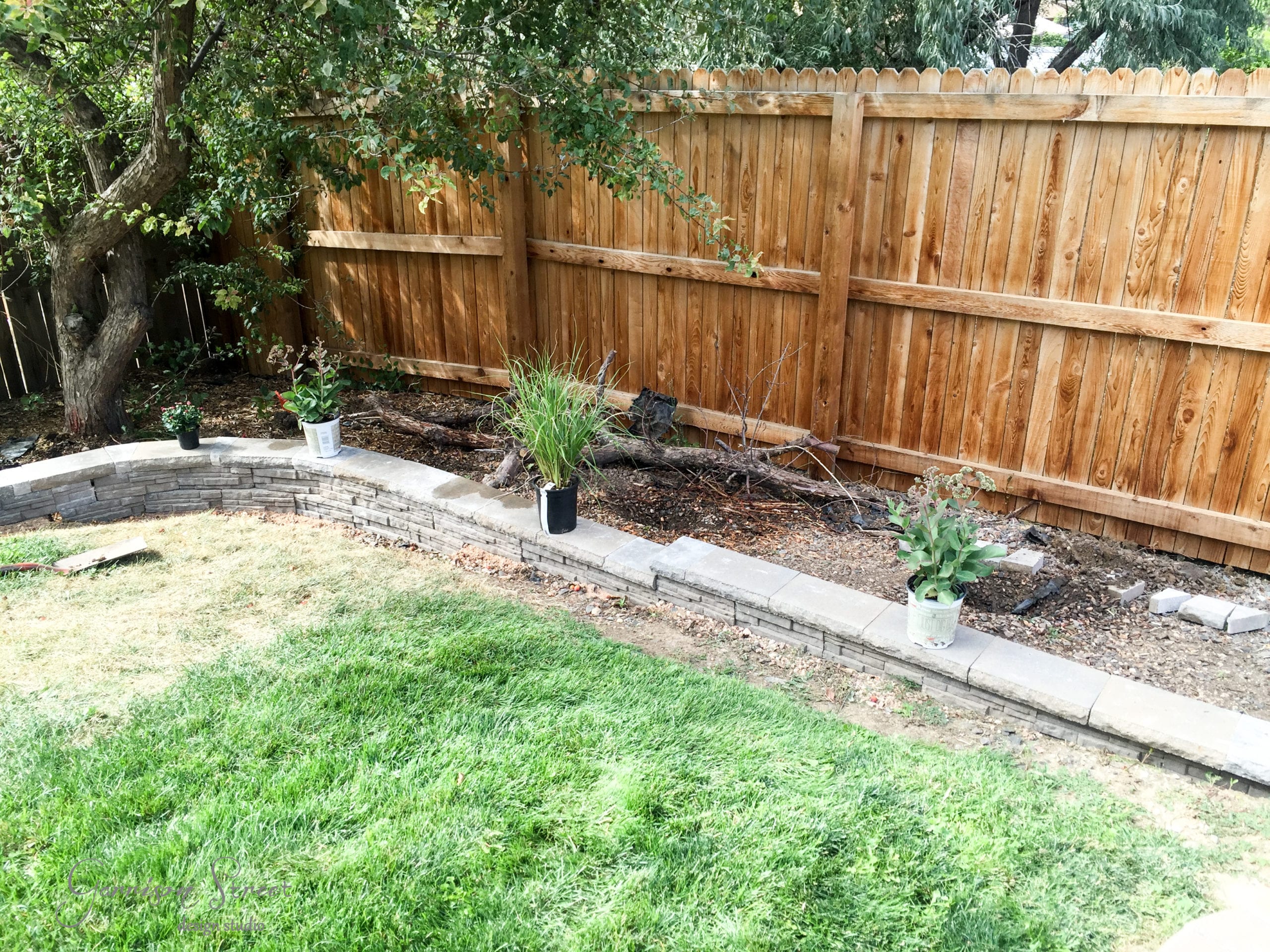 Then we laid the weed barrier and piled on the mulch. This took us about two days, but it looks SO much better! 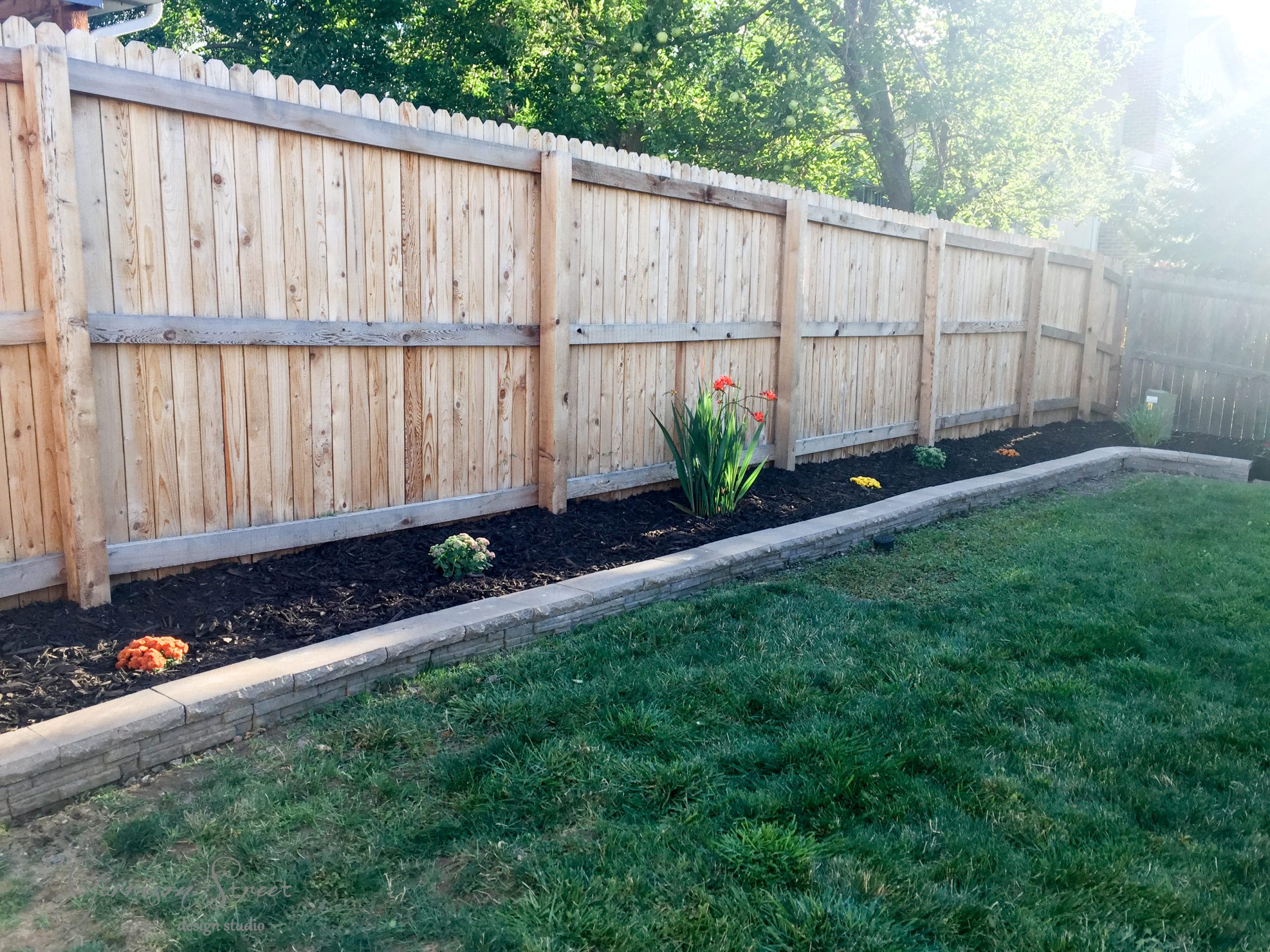 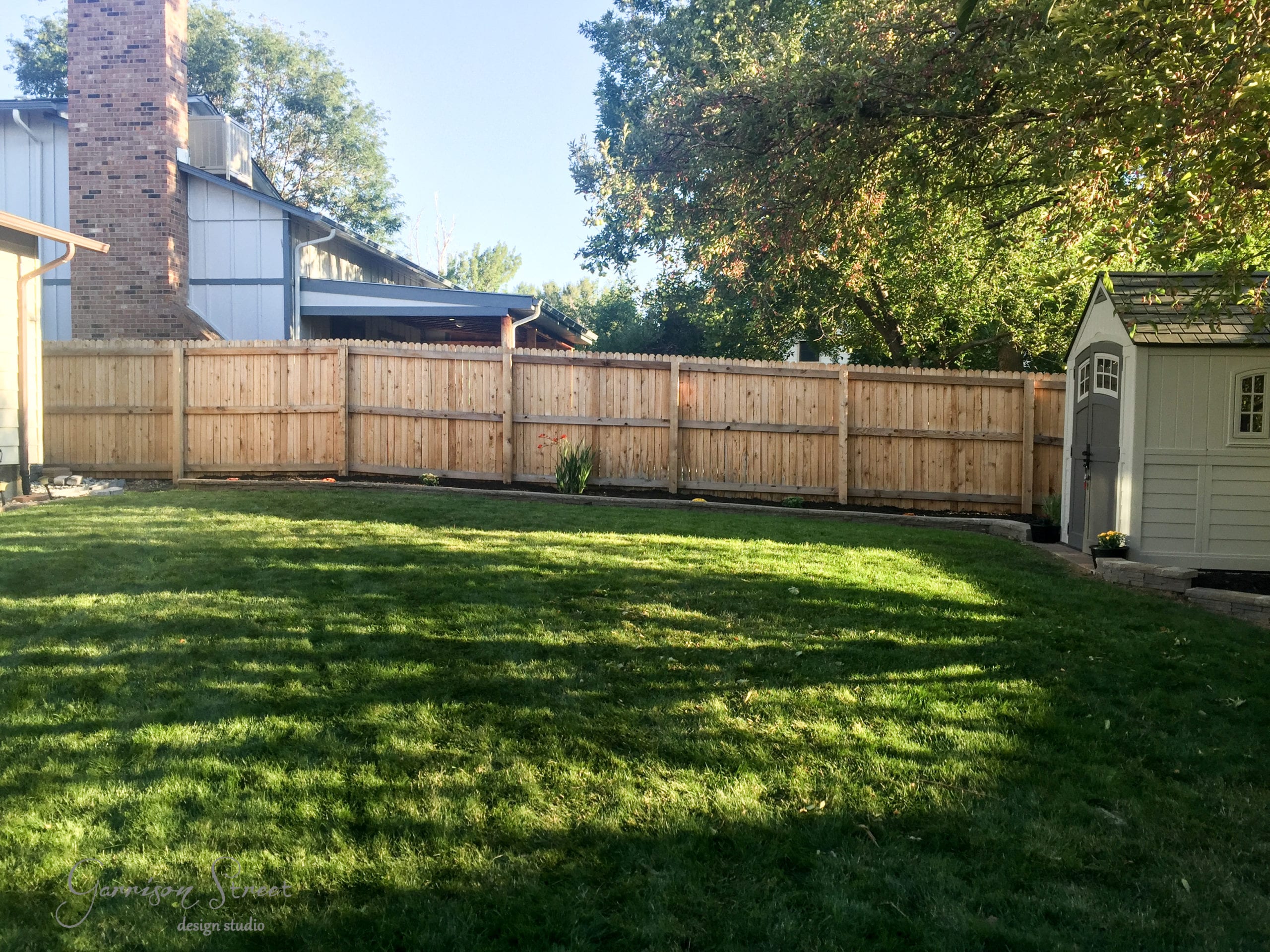 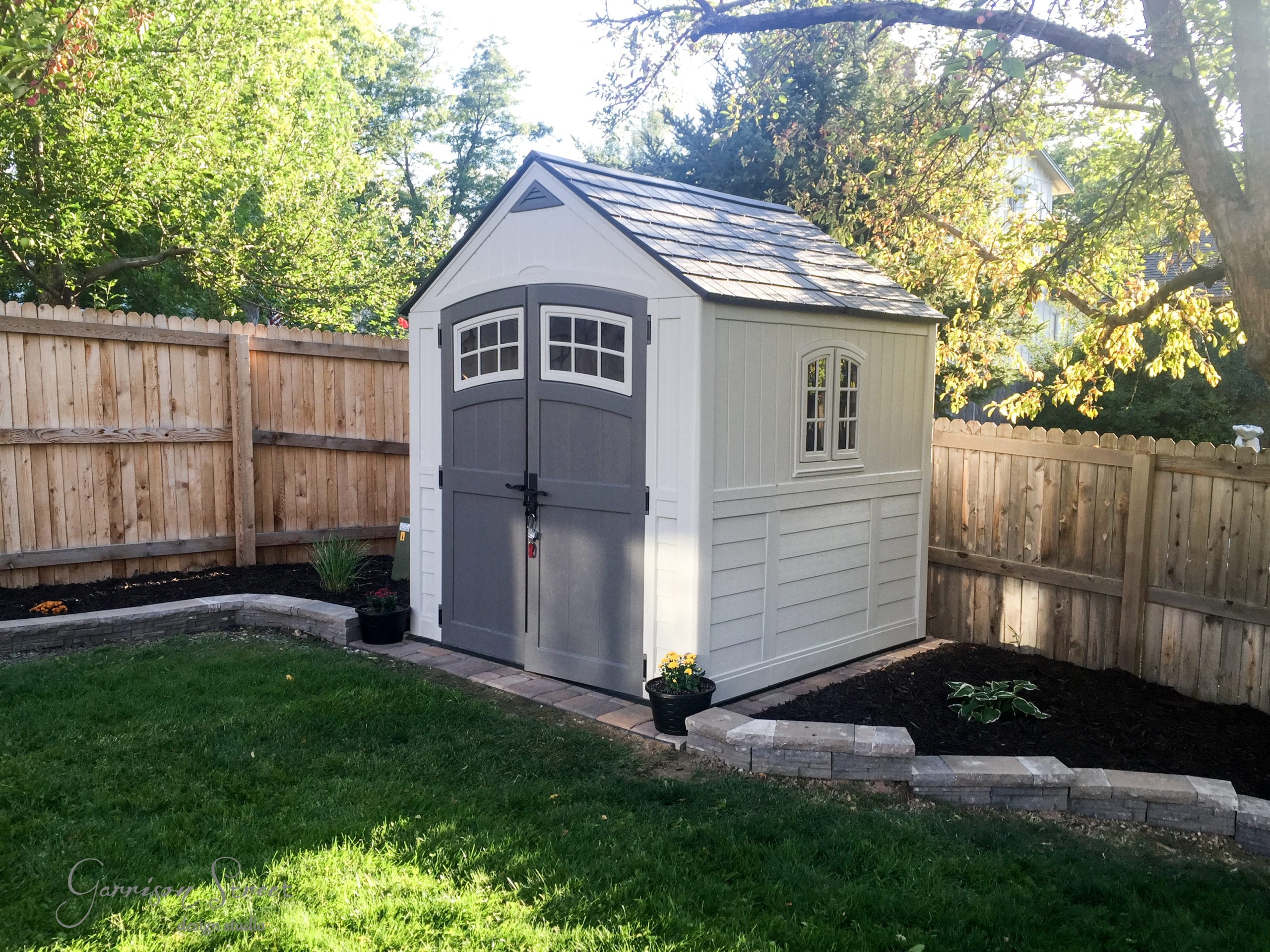 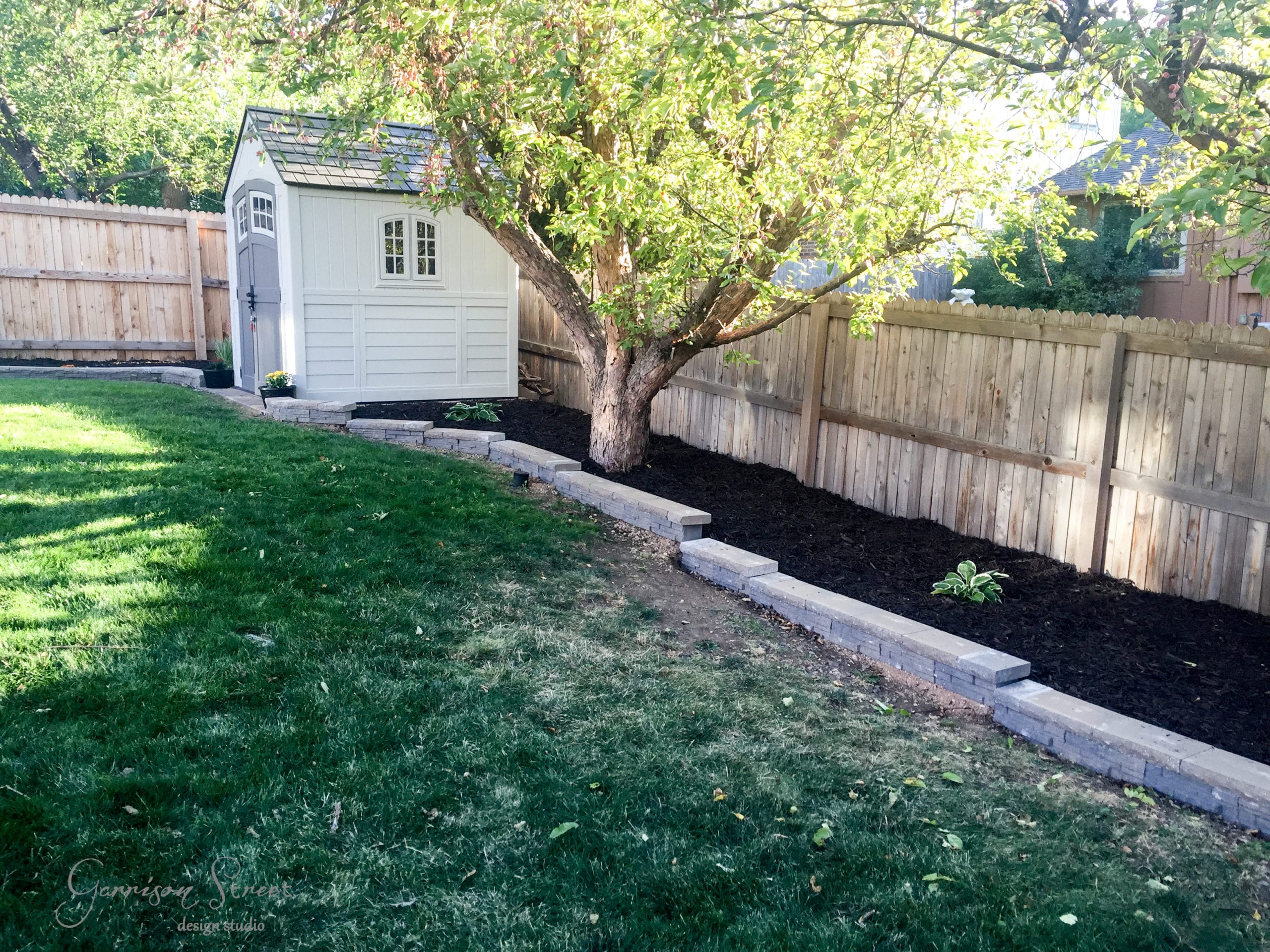 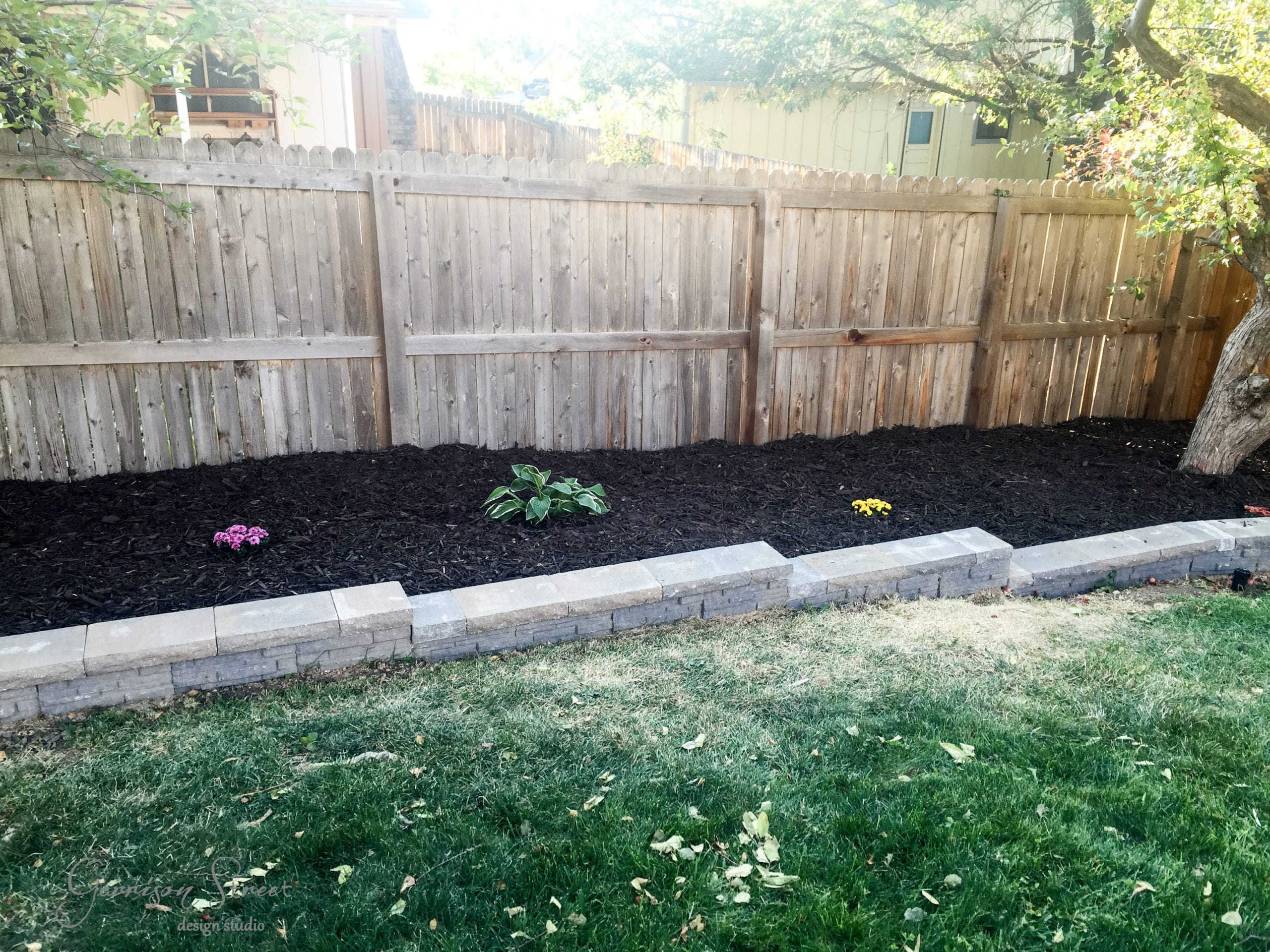 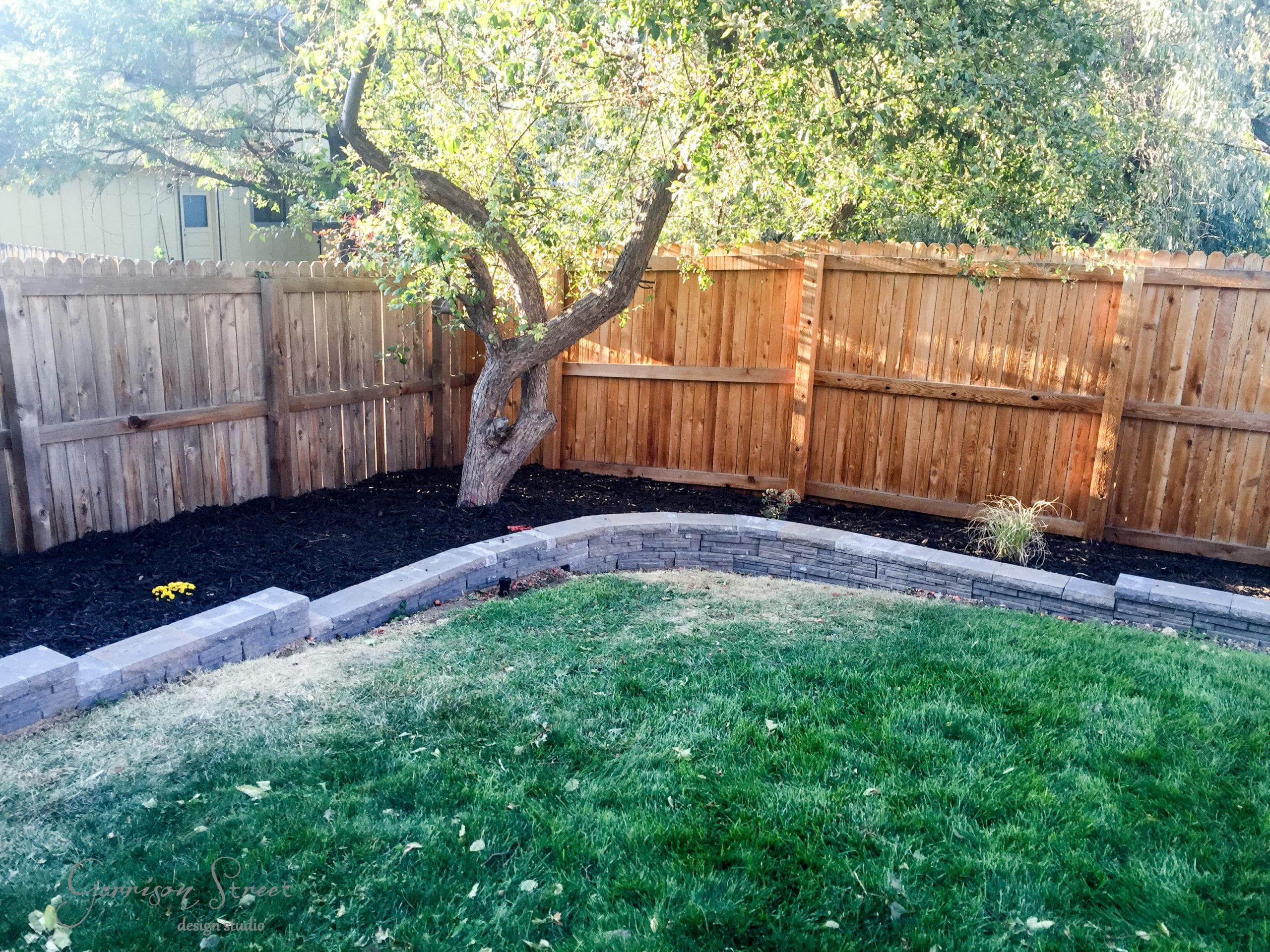 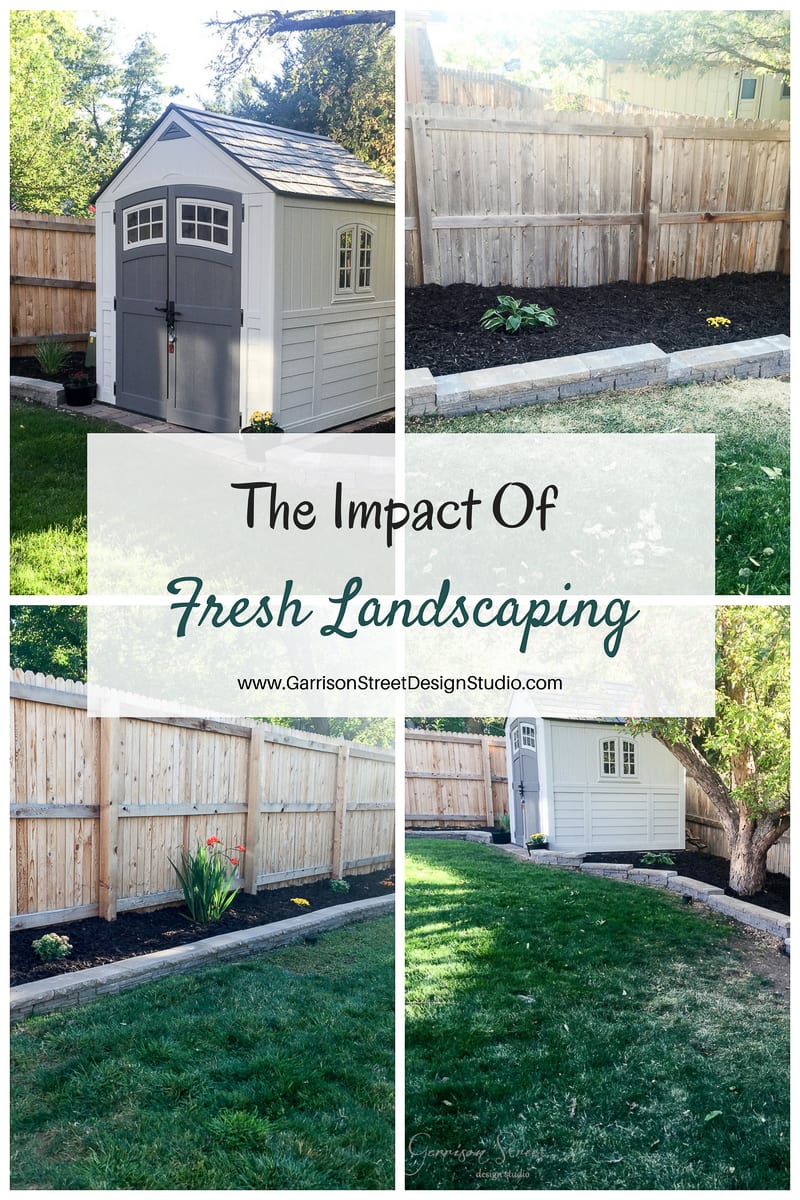