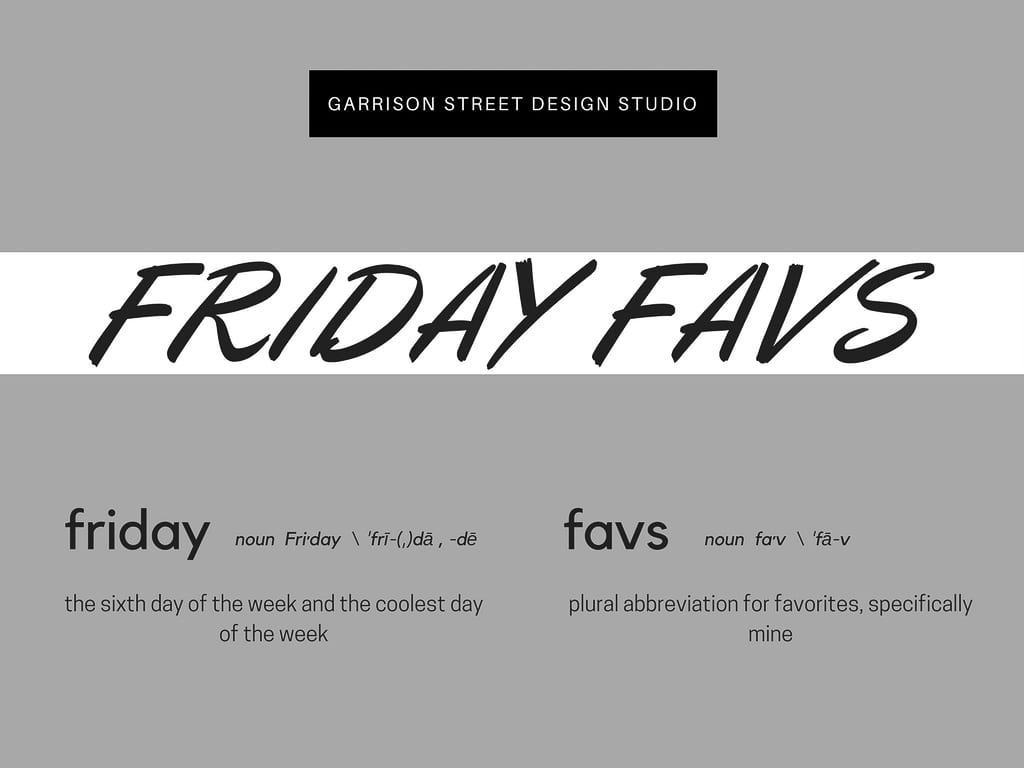 TGIF! It’s finally here. How was your week? Our’s started off pretty well because we finally got some much wanted snow! We love seasons guys, and above all, I like it when it actually snows in the winter instead of May when I should be planting flowers and hanging out on the patio.

Speaking of snow. We have a crazy neighbor behind us that breaks out his ladder and props it up against the back of the house every time we are expecting snow. And one time I saw him climbing it the snow! Sounds safe, right? I assume he is nervous about too much snow piling up on the roof. But since we have lived here, only once was there a storm that produced that quality and quantity of snow where we were nervous. After that, we bought a roof rake! We have never used it, but you can bet we won’t be climbing our roof in the snow 🙂

Did you catch my master bedroom reveal post this week? If you did, you may have noticed we are TV in the bedroom people. I know lots of people don’t believe in it, but we like to break the rules 🙂 Anyway, you may have wondered where all of the components are. Well, when we re-did the bedroom, one of my wish list items was to hide all the cords, and guys, I got my wish! First, we mounted the TV to the wall. Then we used one of these to run the outlet through the wall to plug in the TV. And then we hid the cable box in a drawer and added this receiver to operate it. Looks so much better, doesn’t it?

Before – See all those components under the TV? 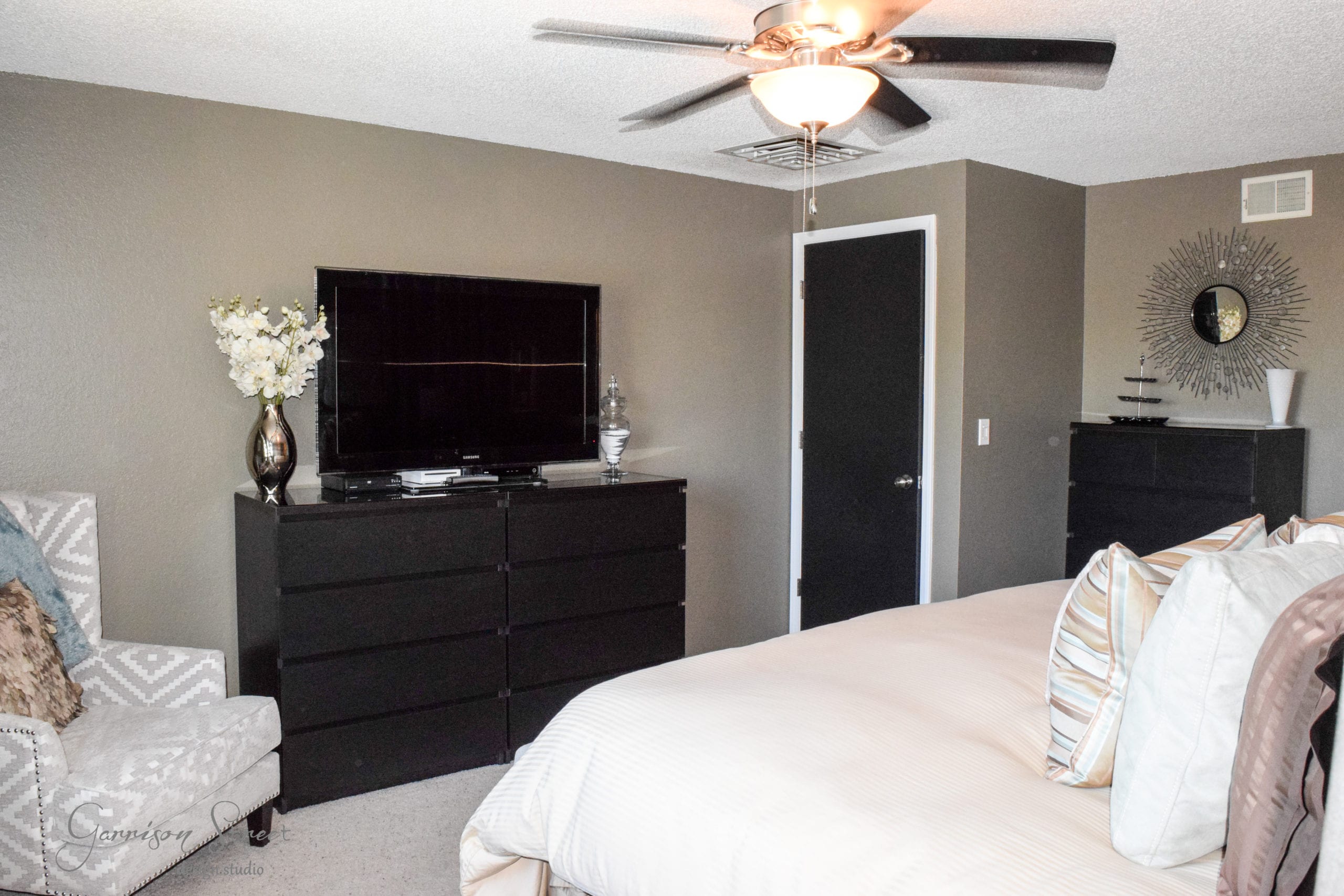 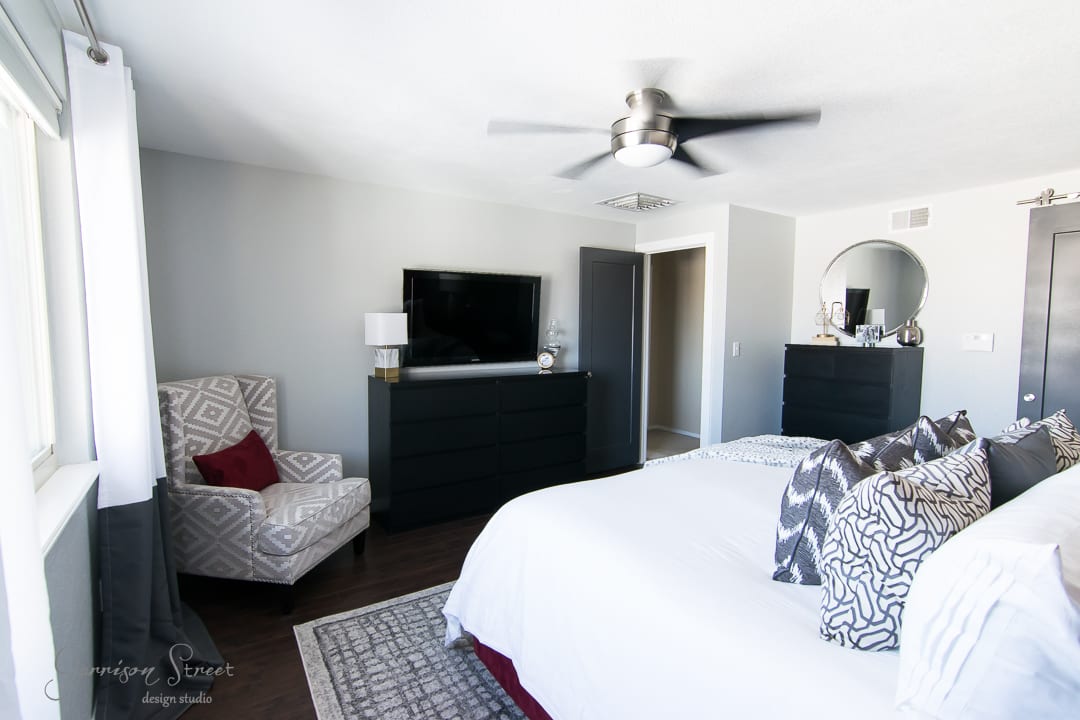 Lets talk about pizza. I love pizza and always have. I mean who doesn’t, right? But we have been on a mission to eat more vegetables. So we replaced our weekly ritual of pizza take-out with making our own with fresh toppings. I wasn’t crazy about the idea until Barry suggested we make it in our skillet. The skillet cookie he made me for my birthday was to die for so I figured why not. Whoa! It was so good in the skillet! Barry made the dough from the recipe on the back of this quick rise yeast and then we baked it in the oven in our skillet. SO good!

Interesting fact about Barry. He loves globes. Like old world, whiskey bar in a globe. The problem is, that goes with NOTHING we own. So I always promised him if we found a modern version of a globe we would buy it and find a place for it. I randomly spotted this gorgeous globe on Pinterest the other day by complete chance and we both LOVE it! The problem…….the price, YIKES! Anyone know where I can find one for $39? Seriously, it makes me wonder, do they sell a lot of these? 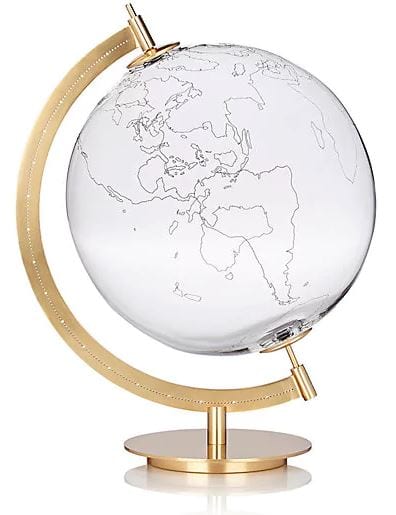 And finally guys, I had to share this with you because I found it so funny. Barry likes globes and I like swings. Ironically, we own neither. But I have been looking at possibly adding a swing outside. While I was pursuing the stand alone chair swings, I stumbled upon this one! I am all about the faux fur, but this takes things to a whole new level. And can you imagine sitting in that on a hot day? As of me writing this, they only have one left, so it appears to be popular! This one is more what I had in mind. 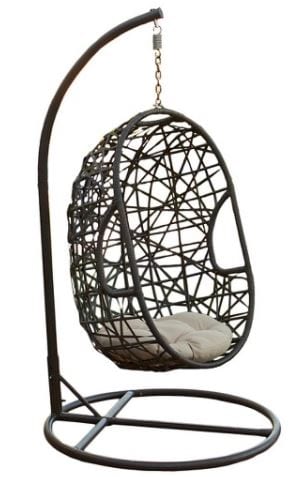 That’s it for this week. Have a great weekend!