Now that we have addressed some of the back yard, it was time to give the front yard a little love! When we first bought That 70s House, we did some basic clean up in the front as it was pretty overgrown, but we didn’t actually change anything. We just wanted to get it all under control so the neighbors didn’t hate us! But now it was time to get more serious. To the side of the front door we had a pretty overgrown bed that sloped, the weed barrier was broken and it had that cheap metal edging “holding it all in”. 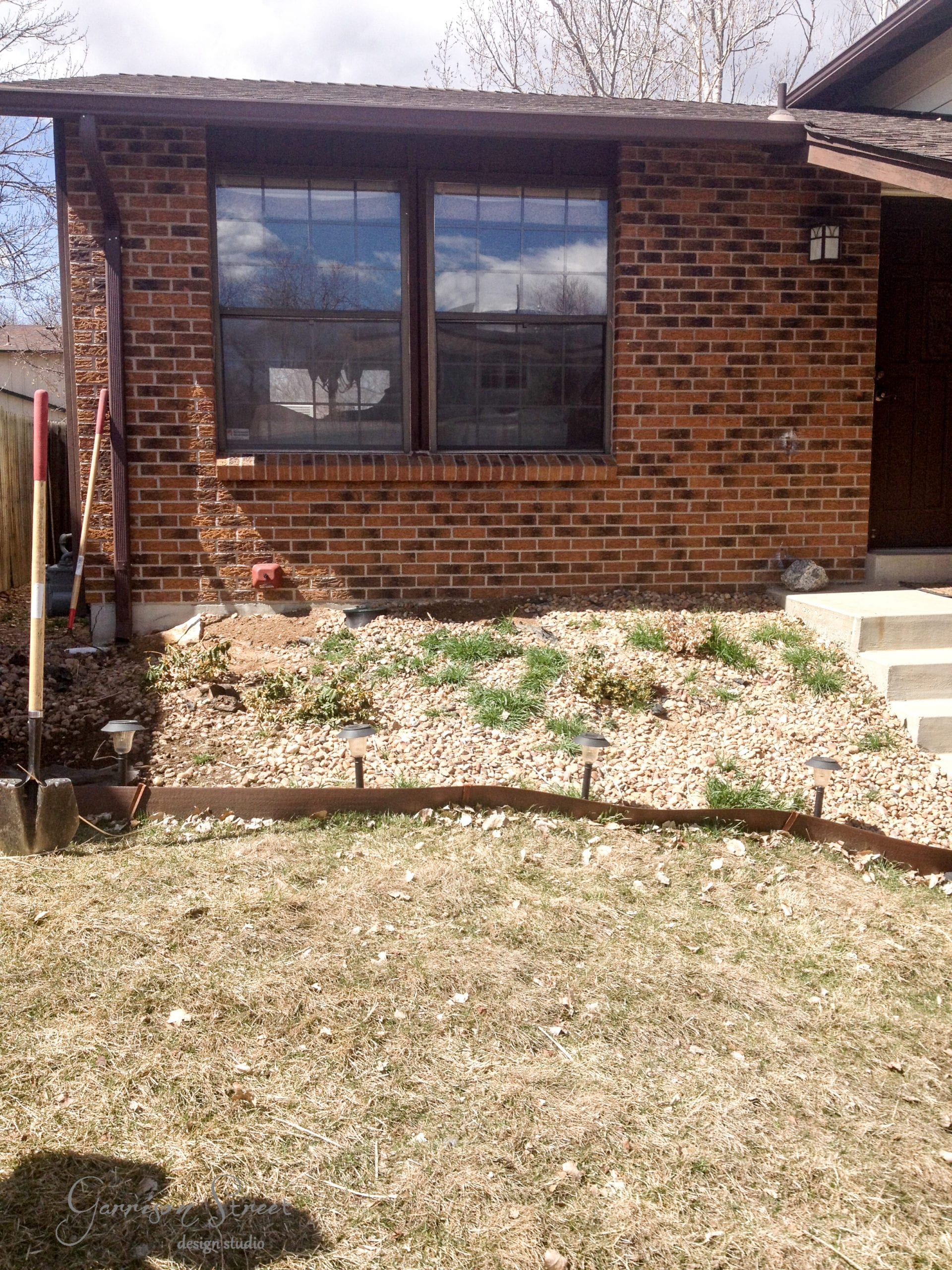 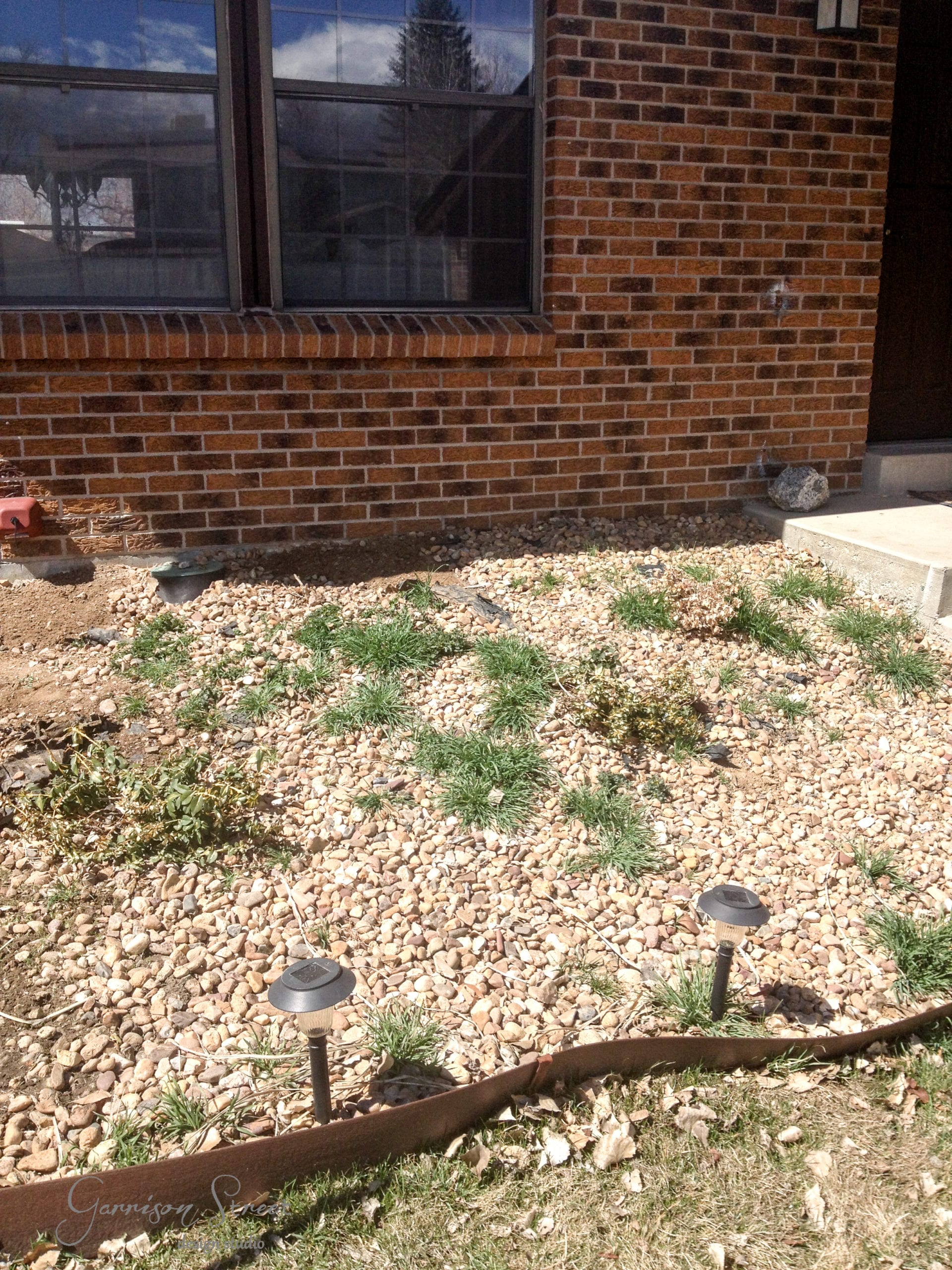 Not a pretty sight! There was grass growing everywhere through all the holes in the weed barrier. This is something I will never understand…….grass always grows where I don’t want it, but never where I need it! Somehow a tiny seed fights it’s way through a small hole in a sea of plastic, but yet in my side yard where there is an abundance of light and no barriers the seeds can’t find a way to grow…..but weeds can? Really? Clearly, I am no botanist.

Anyway, the objective here was to address the slope and add a better border in addition to new plants and fresh rock. We decided the best way to do this was to build a retaining wall. We had never built a retaining wall before but we thought, how hard can it be? You just stack some blocks on top of each other and you are done, right?……..Wrong! It’s a little more complicated than that and we were about to find that out. 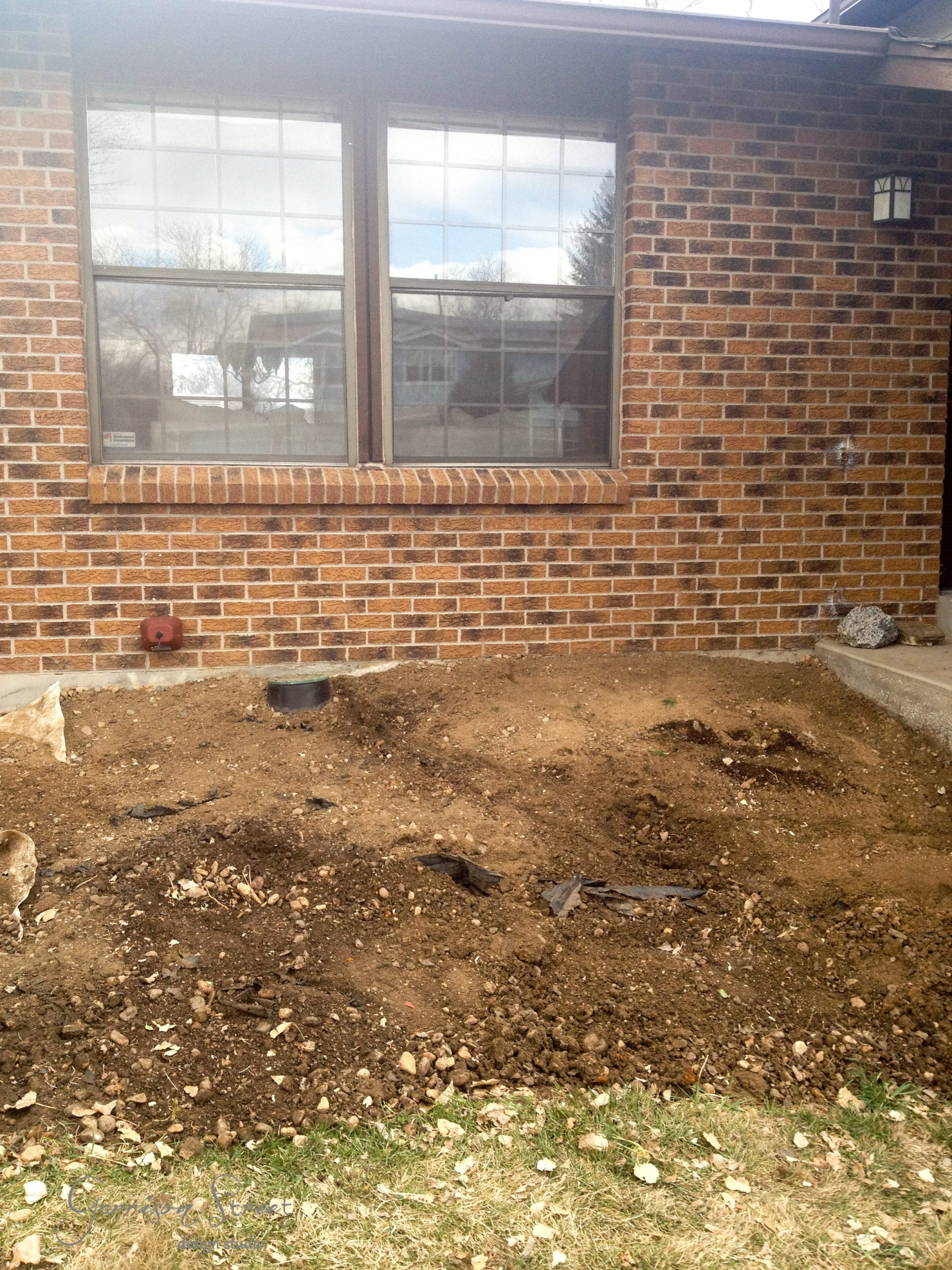 We decided to use a standard retaining wall block like this one. The thing we didn’t know about these was they have a “lip” on the bottom back so when you stack them the lip prevents them from falling off the front of the block below. Seems logical. But what about the bottom row? Well, you have to chip it off so it will lay flat. ERRRRRR! It’s not that hard to do with a chisel and a hammer, but still, an extra step that takes time. When we got started we thought it would go pretty quick, but about 4 hours, 10 You Tube videos, and a few beers later, we had the first five blocks laid…..at least we making progress 🙂 Our biggest obstacle here was the slope from right to left so we had several “mini” rows before we even got to the first full row. Getting those first few blocks level was the trickiest part. The first weekend we worked on this we only got about 30 out of 100 blocks laid. 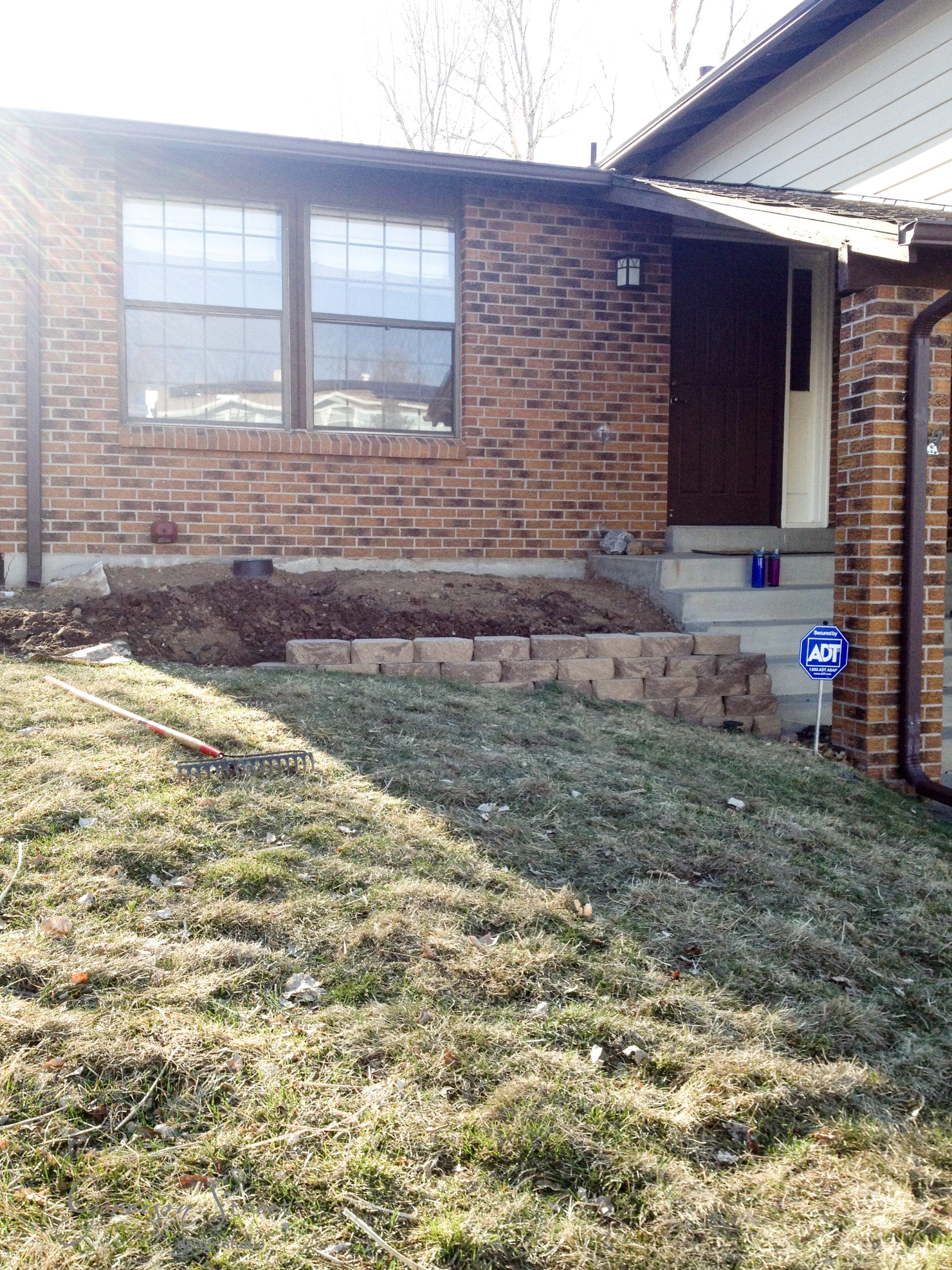 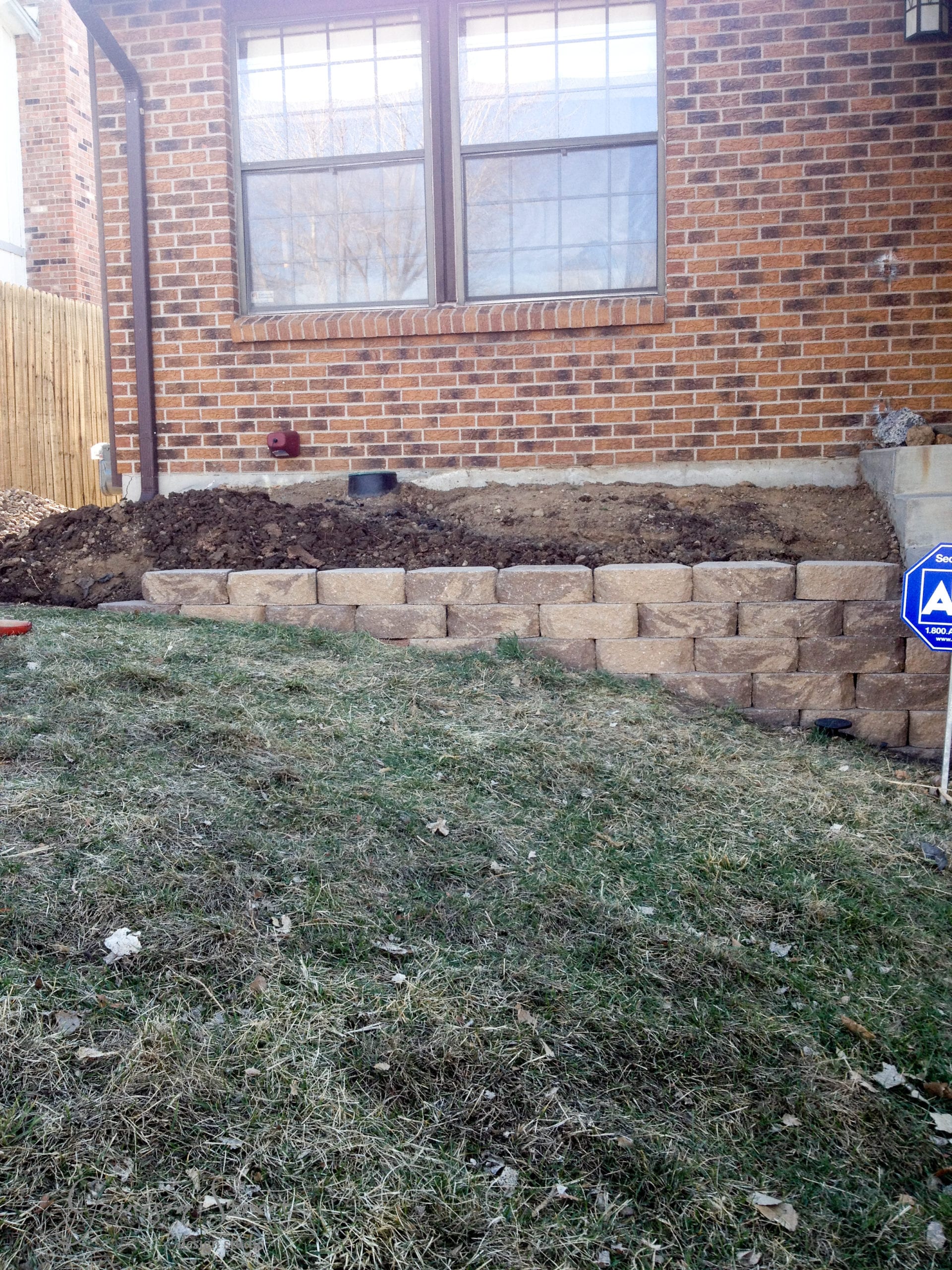 This project took about 2 weekends. I think we could have gotten through it a bit faster, but Barry didn’t believe me when I told him how many blocks we would need. He thought we only needed about 50. I knew we needed more like 100. I told him he should just leave all the math to the accountant 🙂 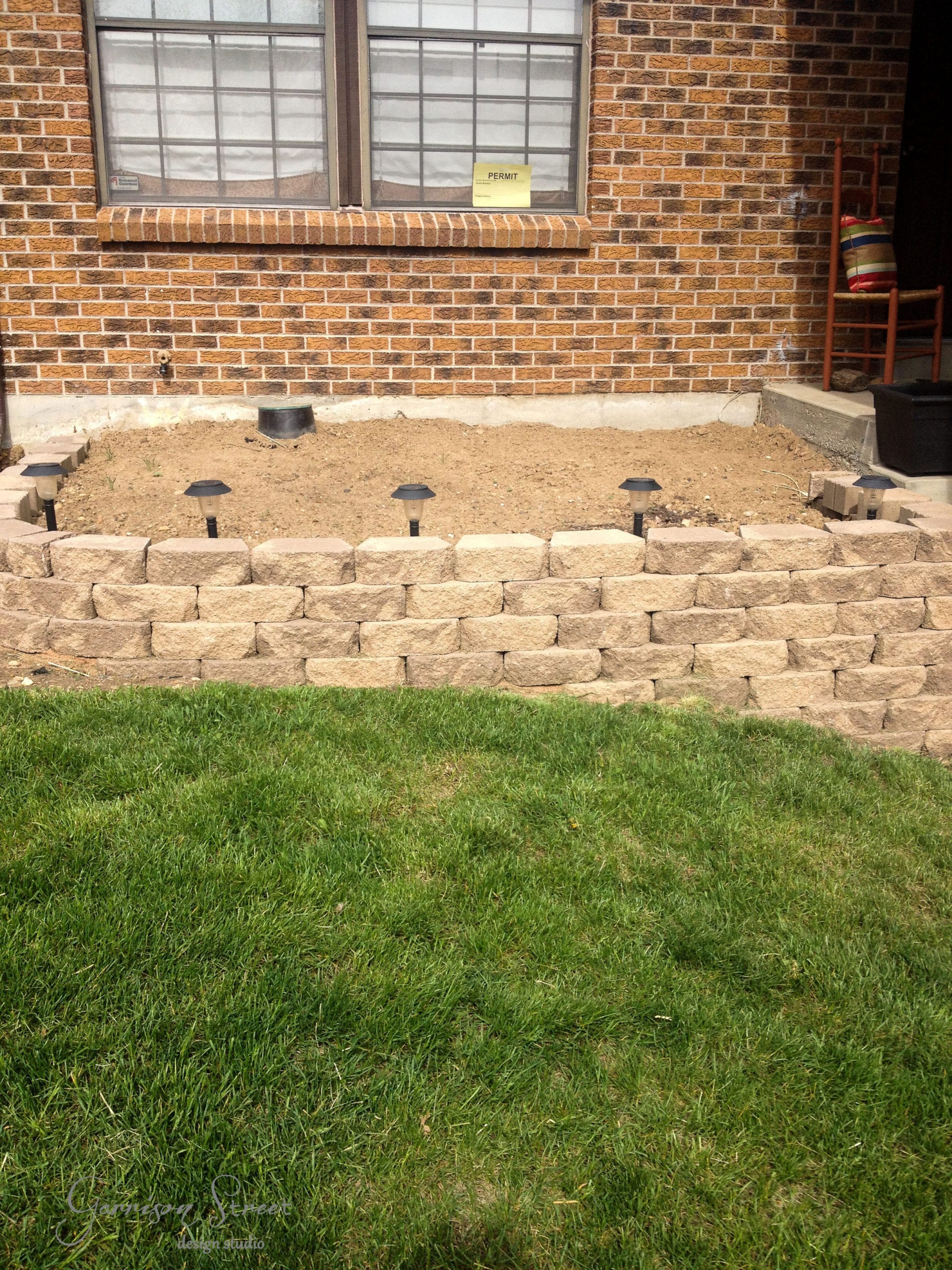 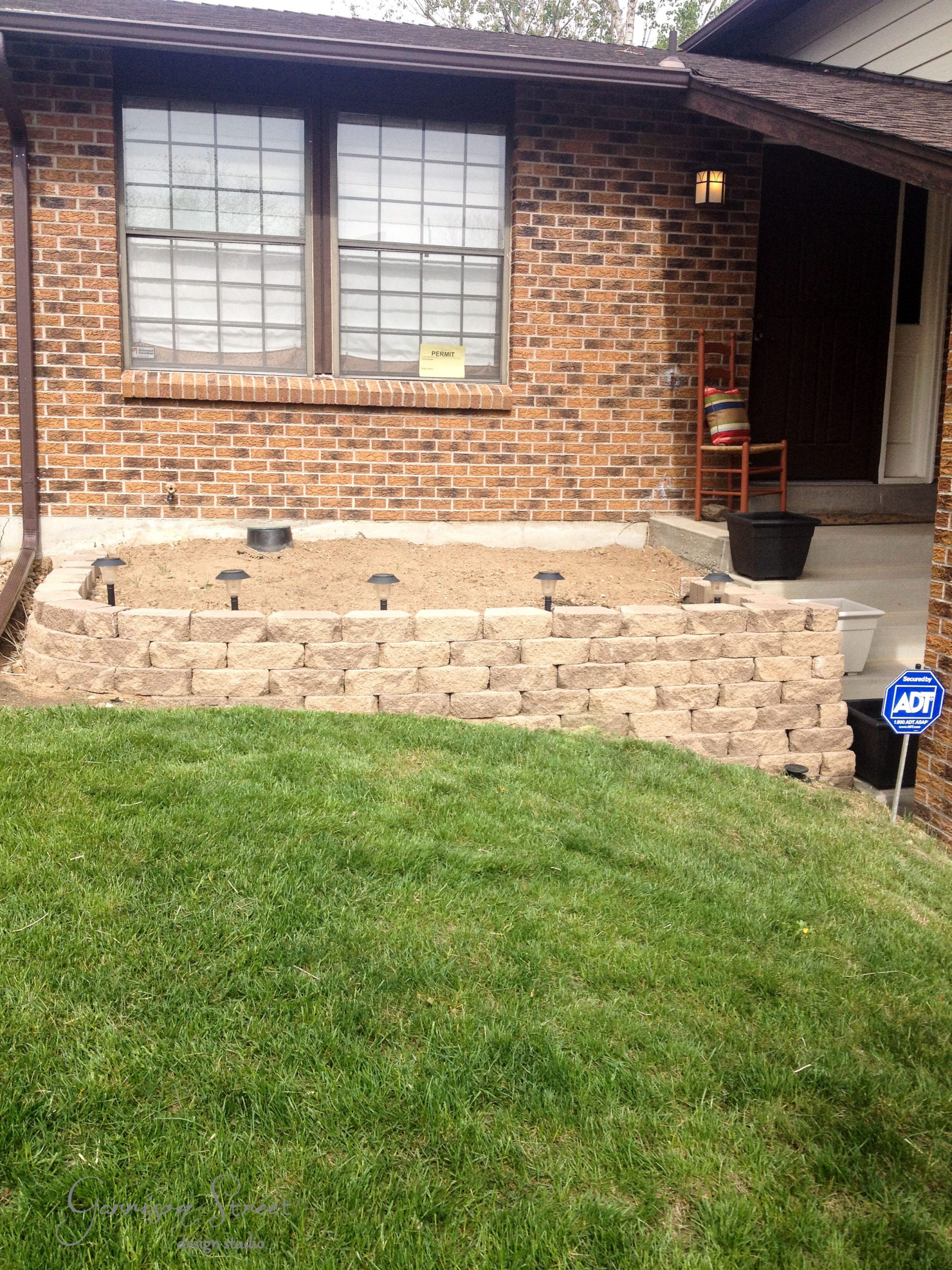 Finally, we were done! It was a little more complicated than we originally thought, but worth learning for sure!